Sports   Cricket  02 May 2020  Labuschagne bracing up for 'heaps of cricket' when sport resumes
Sports, Cricket

Labuschagne bracing up for 'heaps of cricket' when sport resumes

With coronavirus ruling out cricket for nearly three months of cricket, there is likely a lot of cricket once sport returns to the field 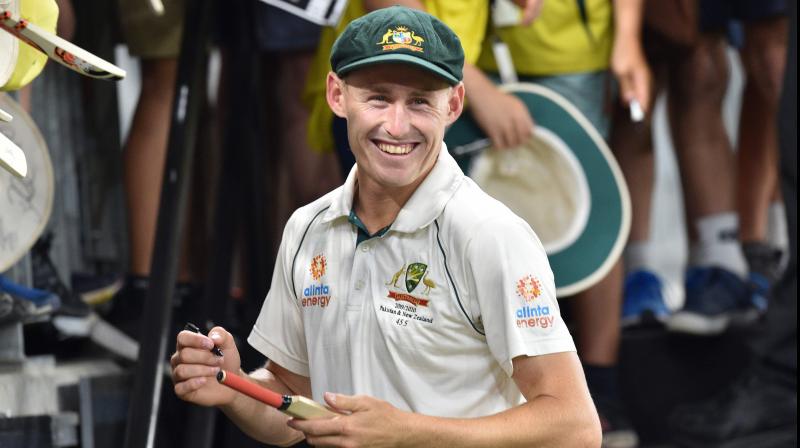 Sydney: Australia’s Marnus Labuschagne is bracing for “heaps and heaps of cricket” once the Covid-19 pandemic subsides, the prolific top order batsman said on Saturday.

“There is going to be a lot of tours that will need to be made up,” Labuschagne told Australian Associated Press (AAP).

“There’s going to be a whole heap of cricket in a very short time frame. We’ll be making up for missed time, that schedule is just going to be packed.

“It’s going to be a bit different to what we’re used to. We’re going to have to be ready coming out of this break to play heaps and heaps of cricket.”

The South Africa-born Labuschagne is probably best prepared for such a scenario, having been adjudged the busiest cricketer in an ESPNcricinfo analysis last October.

The 25-year-old has been a revelation since stepping up as Steve Smith’s concussion substitute at Lord’s in last year’s Ashes series in England.

In the subsequent series against Pakistan and New Zealand, the right-hander smashed four centuries in five tests, including a maiden double hundred in Sydney earlier this year.

Labuschagne felt his Glamorgan stint helped him get better as a batsman and lamented not being able to reunite with the county as professional cricket remains suspended in England until at least July 1.

“I really enjoyed it last year. I loved Glamorgan, hence why I signed a two-year extension,” he said.

“It’s disappointing to see them and England cricket in trouble. It’s our responsibility, cricket on the whole, to make sure once this period is over that we get games on television and get the sport started again. We need to support each other.”