'Warner's coming back with a huge hunger to dominate international cricket': Finch

Warner has been in red-hot form in the India Premier League after completing a 12-month ban, he struck a 100 and eight 50s. 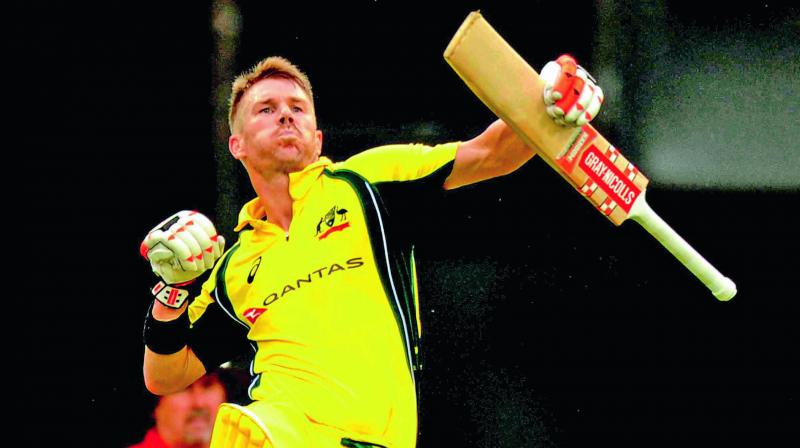 Sydney: Australia captain Aaron Finch believes David Warner will enter this year's World Cup desperate to prove himself as the disgraced batsman prepares to rejoin his teammates after a ball-tampering ban.

Warner has been in red-hot form in the India Premier League after completing a 12-month suspension for cheating, averaging 69.20 in 12 innings, including a century and eight fifties.

Finch expected the fiery batsman to also dominate on the international stage, providing a massive boost for Australia as the reigning champions chase a sixth World Cup trophy.

"He's coming back with a huge hunger, not just to perform well for his franchise, but to dominate international cricket again," Finch told Melbourne commercial radio Wednesday.

"When you have your dream taken away from you for 12 months, I can imagine there's something inside you that burns really strongly."

Finch said the ban, imposed after Warner masterminded the "Sandpaper-gate" scandal in Cape Town last year, had given the 32-year-old a chance to refresh his game.

"He's a super player, we know how destructive he can be," he said.

"I think having time off to spend with his family and get away from the game (was important)." Warner and former Australian captain Steve Smith, who was also banned over the cheating scandal, will officially rejoin the Australian squad for the first time at a training camp in Brisbane on Friday.

Finch did not expect any problems re-integrating them into the team, even though the former captain and deputy will have to defer to a new leadership team. He said he would consult the pair about on-field tactics.

"I'll be using them as much as I can tactically because they've both captained a lot of cricket and are very good captains on the field," he said.

"It would be really naive of me not to lean on them." Finch also revealed he feared for his own spot on the team after a recent barren run, although he believed he had now returned to form.

"In the back of your mind you're thinking, 'Gee, the World Cup isn't far away, as a captain I could be left out of the squad'," he said.

"Then you start putting unrealistic pressure on yourself to perform." Finch had an unsuccessful spell in the Test side last year, averaging 27.80 in five matches, and conceded that at 32 his career in the long-form game was over.

"My chances to play Test cricket again have probably slipped away," he said.

"I'm still very grateful for the opportunity... I'm OK with that because I gave it everything I could."