Despite losing young opener Prithvi Shaw in the first over, Delhi kept pace with the required run-rate and made 49 for one in five overs. 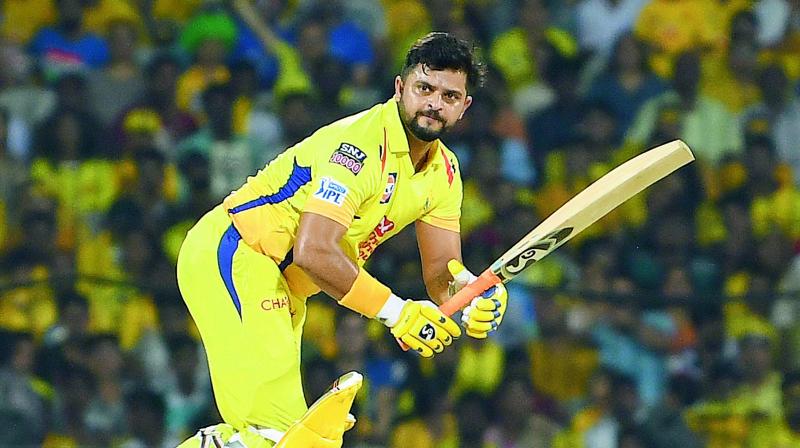 Chennai: Talismanic M.S. Dhoni returned to lead Chennai Super Kings from the front as the defending champions rediscovered their mojo. Super Kings thrashed Delhi Capitals by 80 runs to reclaim the top spot, thus boosting their chance of playing the Qualifier 1 at home.

Chasing a challenging 180 on a sluggish wicket, Capitals crumbled under the three-pronged spin attack of Imran Tahir (4/12), Ravindra Jadeja (3/9) and Harbhajan Singh (1/28).

Despite losing young opener Prithvi Shaw in the first over, Delhi kept pace with the required run-rate and made 49 for one in five overs. Then came the biggest breakthrough when Harbhajan castled in-form batsman Shikhar Dhawan (19 off 13). From 59 for 2 in six overs, Delhi suffered a dramatic collapse to lose six more wickets in as many overs (85 for eight). Captain Shreyas Iyer fought a lone battle with a 31-ball 44. Delhi eventually folded for 99 in 16.2 overs.

After losing the toss, CSK had to recover diligently from a sedate start to post 179 for four. Suresh Raina’s 37th IPL fifty — a 37-ball 59 — and M.S. Dhoni’s 22-ball 44 helped Super Kings add 126 runs in the last 10 overs. By his own admission, Dhoni who had missed the previous match due to fever wasn’t 100 per cent fit for Wednesday’s match, but the Chennai skipper walked in at No.4 with a purpose. With Dhoni going all guns blazing, the last five overs fetched the Yellow Brigade a whopping 77 runs. Ravindra Jadeja who earned promotion ahead of Ambati Rayudu and Kedar Jadhav proved a perfect foil when the left-handed batsman joined hands with Dhoni after the dismissal of Raina.

Left-arm pacer Trent Boult and left-arm spinner Jagadeesha Suchith, playing first IPL match of the season, had pinned Chennai openers down by restricting them to seven for one in four overs. Aussie Shane Watson’s struggle in the middle came to an end when he pulled a short ball straight to the deep midwicket fielder for a nine-ball duck.

Raina’s arrival in the middle provided the much-needed impetus even as Faf du Plessis (39 off 41) continued to move at a snail’s pace until the 13th over. The South African then shifted the gear.