‘I would not change anything in Pant’, says Iyer

Pant, who has not been in a good form lately with the bat, faced just 3 balls and scored 5 runs before he gave an easy catch to Bravo. 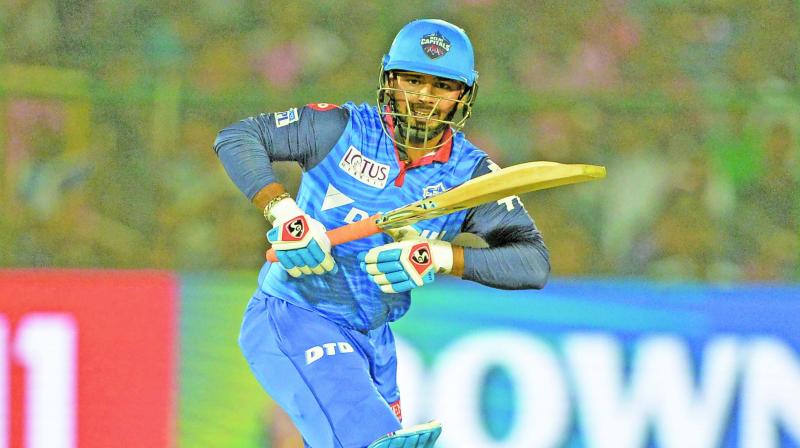 Delhi Capitals, who have already qualified for the IPL playoffs, will host Rajasthan Royals on May 4. (Photo: File)

Chennai: Delhi Capitals skipper Shreyas Iyer, on Wednesday, praised 'freebie' Rishabh Pant saying that he would not like to change anything in him.

"You need to give him a freebie, you cannot restrict his (Pant) flow and I personally feel that you cannot blame him because he is that sort of person who can change the momentum of the game. I still like the way he plays and I would not like to change anything in him," Iyer said during the post-match conference.

Pant, who has not been in a good form lately with the bat, faced just three balls and scored five runs before he gave an easy catch to Dwayne Bravo off Imran Tahir’s delivery.

Iyer eulogized Pant, however, feels that the wicket-keeper batsman should have played smartly.

“It was not a bad stroke, but definitely he could have played a bit smart and assess the pitch condition because we needed a bit of partnership at that period,” Iyer said.

Delhi Capitals faced an embarrassing 80-run defeat from Chennai Super Kings in the ongoing Indian Premier League (IPL) as the whole Delhi Capitals’ batting line-up was bundled off on just 99 runs by the hosts.

Talking about the defeat, Iyer said it was a reality check for them but backed his players by showing his confidence in their abilities to win matches.

“We lacked in certain situations and definitely, it is a reality check for us. We need to learn and come back strong from here on.... I never doubt my players, I know that they are capable of winning us matches,” Iyer said.

Delhi Capitals, who have already qualified for the IPL playoffs, will host Rajasthan Royals on May 4.