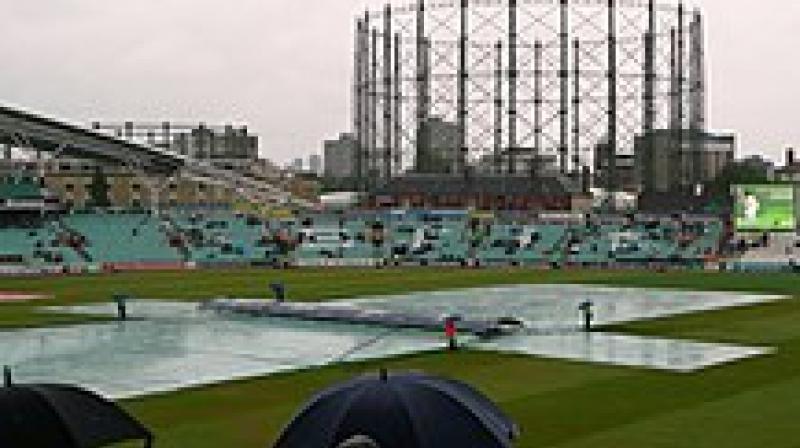 A rainy day at The Oval, England, where DLS method was applied. Wikipedia

London: Tony Lewis, one of the men behind the Duckworth-Lewis-Stern method used in weather-affected limited overs cricket matches, has died aged 78, the England and Wales Cricket Board announced Wednesday.

"It is with much sadness that the ECB has learned of the passing of Tony Lewis MBE, aged 78," said a statement.

"Tony, alongside fellow mathematician Frank Duckworth, devised the Duckworth-Lewis method which was introduced in 1997 and adopted officially by the ICC (International Cricket Council) in 1999.

"Renamed the Duckworth-Lewis-Stern Method in 2014, the mathematical formula continues to be used in rain reduced limited overs cricket games across the globe."

A career academic, and not the Welshman of the same name who captained England, Lewis received an MBE (Member of the Order of the British Empire) for his services to cricket and mathematics in 2010.

"Cricket is deeply indebted to both Tony and Frank's contributions to the sport," the ECB added.

"We send our sincere condolences to Tony's family."

The formula came about in response to the extraordinary climax of a rain-interrupted 1992 World Cup semi-final in Sydney.