Chasing 167, Delhi got off to a shaky start as they lost Prithvi Shaw on the very first ball of the innings. 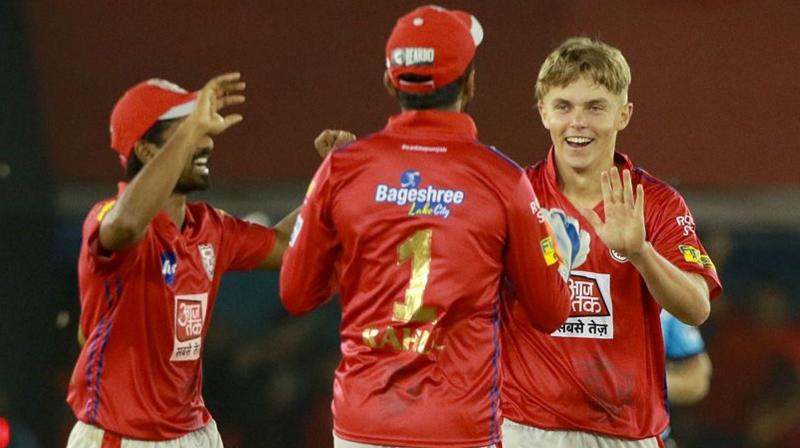 Shreyas Iyer who came into bat at number three, along with Shikhar Dhawan steadied the innings for Delhi as both these batsman stitched together a partnership of 61 runs taking the team out of trouble. (Photo: BCCI)

Mohali: Kings XI Punjab defeated Delhi Capitals by 14 runs in the 12th edition of the Indian Premier League (IPL) at the Punjab Cricket Association Stadium in Mohali on Monday.

Chasing a par score of 167, Delhi got off to a shaky start as they lost Prithvi Shaw, the hero from the previous match on the very first ball of the innings. Ashwin provided Punjab with the first breakthrough to peg Delhi back.

Shreyas Iyer who came into bat at number three, along with Shikhar Dhawan steadied the innings for Delhi as both these batsman stitched together a partnership of 61 runs taking the team out of trouble.

Hardus Viljoen provided the much-needed breakthrough for Punjab as he finally shattered the stumps of Delhi's captain Iyer, dismissing him for 28 runs in the eighth over of the innings.

Rishabh Pant after coming out to bat at number four once again started to play in his trademark style and disrupted the bowler's line and length with some audacious shots. But Ashwin once again proved to be a game changer for Punjab as he trapped Dhawan right in the middle, dismissing him for 30 runs reducing Delhi to 83 for the loss of three wickets at the halfway mark.

Colin Ingram along with Pant steadied the innings and both of these batsmen perfectly mixed caution with aggression bringing the asking rate down and taking Delhi to a comfortable position in the chase.

Ingram and Pant stitched together a partnership of 62 runs taking Delhi closer to the victory. However, the two back-to-back wickets in the 17th over of the innings gave Punjab an outside chance to make a comeback in the match. Pant (39) was dismissed by Mohammad Shami whereas Chris Morris (0) was run out by Ashwin as he displayed an impressive fielding move.

Delhi was further pegged back as they lost they both  Ingram (38) and Harshal Patel (0) in the 18th over as Sam Curran delivered an outstanding over.

With 19 required off the final two overs, the task proved too much for the tailenders of Delhi and they succumbed under pressure losing the match by 14 runs. Delhi Capitals went from 144 for three to 152 all out registering a mammoth collapse. Sam Curran was the hero for Punjab as he took four wickets, registering the first hat-trick of this season of IPL.

Earlier, David Miller and Sarfaraz Khan's knocks of 43 and 39 respectively enabled the Punjab team to post 166 runs on the board for the loss of nine wickets after being put into bat.

Kings XI Punjab got off to the worst start possible as they lost their in-form opener KL Rahul for just 15 runs in the second over of the innings. Chris Morris provided the first breakthrough for Delhi.

The opener Curran provided the Punjab team with some lusty boundaries inside the first six overs, but he failed to read the ball out of Sandeep Lamichhane hands and was adjudged LBW after scoring 20 runs.

Despite losing three wickets quickly, Punjab did not allow the game to move at a snail's pace as both Sarfaraz Khan and David Miller played some audacious shots to keep the runs flowing for the team.

Sarfaraz and Miller stitched together a partnership of 62 runs to take the team out of troubled waters after being reduced to 58 for three. But, Lamichhane once again proved his mettle as he provided the crucial breakthrough for Delhi after dismissing Sarfaraz for 39 runs.

Delhi was able to bounce back in the match as they kept on taking wickets at regular intervals. Mandeep Singh however, with his late strikes in the last over of the innings enabled Punjab to post 166 runs on the board for the loss of nine wickets. Chris Morris had the best performance with the ball for Delhi as he took three wickets in the match.

Delhi Capitals take on Sunrisers Hyderabad in their next match on April 04 whereas Kings XI Punjab will face Chennai Super Kings on April 06.