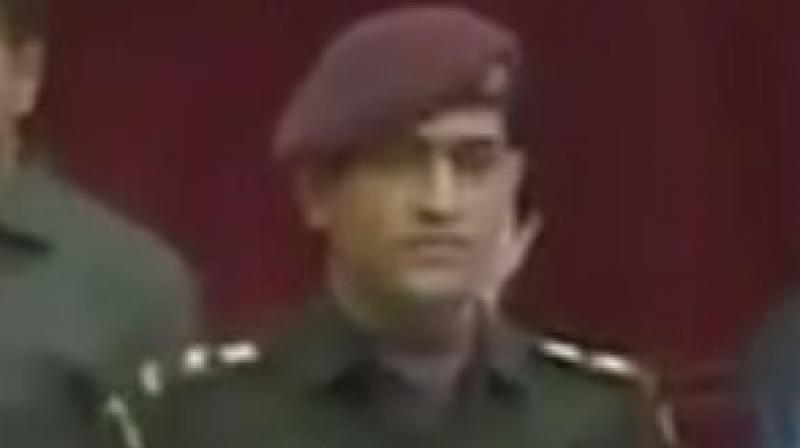 The Indian Territorial Army had conferred the honorary rank of Lieutenant Colonel to Dhoni on November 1, 2011, months after the country lifted its second World Cup under his leadership.

The 37-year-old Dhoni is the second Indian cricketer after Kapil Dev to receive this honour.

As his name was announced, Dhoni marched past the dignitaries present at the Rashtrapathi Bhavan before receiving the honour from President Ram Nath Kovind.

A lot like his batting in his heydays, Dhoni looked pretty much at ease as he walked towards the dais wearing the army uniform.

On this day in 2011, India won the World Cup final against Sri Lanka.

With 10 balls to go at the Wankhede Stadium, the then-captain Dhoni ended India's 28-year wait with a massive six.

Dhoni has been the recipient of many awards, including the ICC ODI Player of the Year award in 2008 and 2009 (the first player to win the award twice), the Rajiv Gandhi Khel Ratna award in 2007 and the Padma Shri, India's fourth highest civilian honour in 2009.

Like Dhoni, Advani also has a distinguished career, having won gold twice at the Asian Games in 2006 and 2010.