Team India look to bounce back against Aussies in the ODI series. 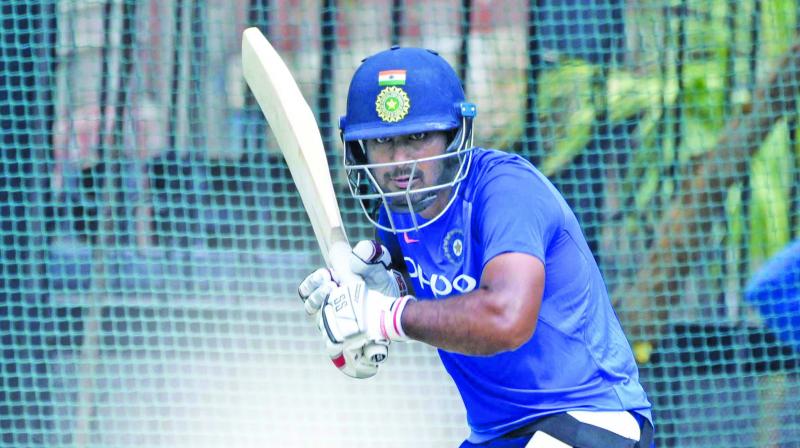 Hyderabad: Having convincingly won the recent series in Australia, Virat Kohli & Co. surely must find it embarrassing to be paid back in the same coin, in their own backyard. After a 0-2 loss in the short Twenty20 series at home, Team India would be yearning to get right back at the visitors as the five-match One-Day International series gets underway here on Saturday.

It’s new beginnings, literally. The team will don a brand new national kit that the makers have tagged Fortune Favours The Bold — trust that line translates into a brave performance on the field as the Blues take to the series to fine-tune the squad for the June-July World Cup in England.

The Australians return to the Rajiv Gandhi International Cricket Stadium where they trained ahead of the games. They have been successful in chasing both Indian totals — high and low — in the two T20 matches the teams have played so far on the current tour. After struggling to surpass a lowly 126 with only the tail in hand, the Kangaroos leapt over an uphill 190 with seven wickets to spare. Bewildering.

Glenn Maxwell, aptly nicknamed the Big Show, has shouldered the Aussie burden with some flamboyant strokeplay in both games — scoring 56 and an unbeaten 113 respectively — to steal India’s thunder. His uncanny ability to get runs at a fast clip should worry the hosts quite a bit.

Opener D’Arcy Short is the other Aussie batsman who has been among the runs in the T20s but that is where the visitors’ batting ended as none other could make a decent contribution. Captain Aaron Finch would like himself, Peter Handscomb and Marcus Stoinis getting bigger numbers against their names on the scoreboard.

Fast bowler Nathan Coulter-Nile (3 for 26) has done reasonably well in the first game and needs pace partners Pat Cummins and Jason Behrendorff to rally around him. Considering the comfort of the home batsmen against tweakers, it remains to be seen whether Finch will field two spinners in Nathan Lyon and Adam Zampa.

India will look for a good start from Rohit Sharma and K. L. Rahul or Shikhar Dhawan and Ambati Rayudu at the top and rely on Rishabh Pant, Kohli and Kedar Jadhav in the middle to consolidate the innings before accelerating towards the end via the experienced Mahendra Singh Dhoni.

Even as Kohli, Rahul and Dhoni’s knocks in the run-up to the ODIs are heartening others need to punch a bit
more.

India’s inexperienced bowling attack doesn’t quite look on top though, evident from the failure to defend a high total in the last game. However, the inclusion of crafty chinaman bowler Kuldeep Yadav should get the Aussies thinking. The 24-year-old has proved a handful and can turn games big time, especially while bowling in tandem with leg-spinner Yuzvendra Chahal.

The game’s set for a fair bit of swing and spin for sure.