Team India will don a new playing kit as the One-Day International series against Australia begins on Saturday here. 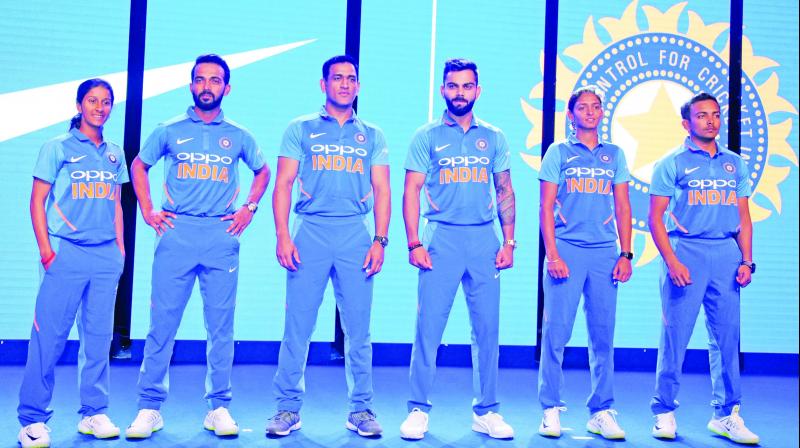 Hyderabad: The Blues get brighter, better and bolder. Team India will don a new playing kit as the One-Day International series against Australia begins on Saturday here.

Apparel sponsor Nike has branded it New India, attributing it to the new fearless and ambitious attitude of the new generation and their commitment to shine. The kit was launched at a city hotel on Friday evening with captain Virat Kohli, Ajinkya Rahane, Prithvi Shaw, women's captain Harmanpreet Kaur and Jemimah Rodrigues posing in the new gear.

“I have been a big fan of the apparel and feel good when you step on to the field wearing this - it's very stretchable and you get a feeling of being in the zone,” Indian captain Virat Kohli said.

“Innovations like the Slash design and movement helps the team be quicker on the field,” Harmanpreet said.

“Designed to enhance the dynamic movements and modern requirements of the game and the athletes, the new engineered mesh and strategically placed sweat zones help enhanced breathability for the team on the field,” said Keerthana Ramakrishnan,  Nike India Marketing Head. “Inspired by the young new generation of India, the new design moves away from a traditional silhouette to using new innovative cut lines alongside dynamic material combinations to emphasize a multi-dimensional Slash Design and Movement approach,” she added.