Spinner Mitchell Santner is also unwell and did not practise on Thursday. 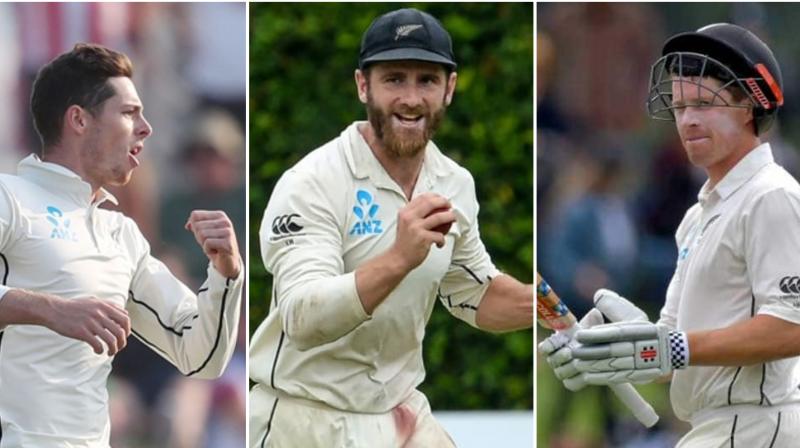 New Zealand sweated on the fitness of batting kingpin and captain Kane Williamson Thursday after he and Henry Nicholls missed a second day of training ahead of the final Test against Australia. Spinner Mitchell Santner is also unwell and did not practise on Thursday, with batsman Glenn Phillips making a late dash to Sydney Thursday evening as cover. (Photo:AFP)

Sydney: New Zealand sweated on the fitness of batting kingpin and captain Kane Williamson Thursday after he and Henry Nicholls missed a second day of training ahead of the final Test against Australia.

Both are battling viral infections as they race to recover for the clash in Sydney, where the visitors are desperate to salvage some pride after being thrashed in the first two Tests.

Spinner Mitchell Santner is also unwell and did not practise on Thursday, with batsman Glenn Phillips making a late dash to Sydney Thursday evening as cover.

"It's up in the air at the moment -- a couple of boys are a little bit crook unfortunately," said opener Tom Latham, filling in for Williamson in his pre-match press conference.

"They're having today off, as well as yesterday, so fingers crossed they'll be right to go tomorrow.

"It's gone around the team a little bit which obviously isn't ideal, but fingers crossed, they're resting up and hopefully they'll wake up tomorrow morning and be good to go."

If they are not fit, it will leave New Zealand with big problems.

Jeet Raval is the only specialist batsman waiting in the wings, but he has been out of form and was dropped for the last Test in Melbourne.

They also have bowlers Todd Astle, Kyle Jamieson, Matt Henry and Will Somerville on standby.

Coach Gary Stead stressed Phillips' inclusion was precautionary and they were still hopeful all players would be fit.

"We're still hopeful Henry and Kane will pull through and we will give them every chance to prove their fitness," he said.

"Glenn has been in terrific form this season and has good versatility with where he can bat and the roles he can play." Latham said it would take a lot for Williamson to miss a Test.

"He's obviously a great leader amongst this group and he's passionate about this group," he said.

"If there's any chance of him paying, even if it's a small chance, he'll certainly be playing." New Zealand need all the help they can get with the opening two Tests at Perth and Melbourne ending in heavy defeats inside four days.

Australia captain Tim Paine has made clear his team has no intention of easing up despite the series being won, after winning all four of this season's home Tests within four days.