The couple got engaged in Dubai and were seen taking a ferry ride along with close friends. 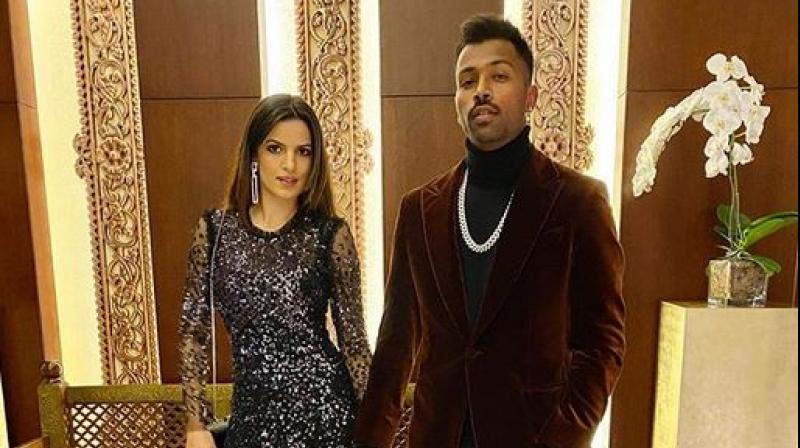 On the first day of the New Year 2020, Hardik Pandya announced his engagement with Serbian actor Natasa Stankovic. (Photo:Instagram))

New Delhi: On the first day of the New Year 2020, Hardik Pandya announced his engagement with Serbian actor Natasa Stankovic.

The 26-year-old shared three pictures and a short clip on the social media platform. In one photo, Stankovic can be seen flaunting her ring.

The couple got engaged in Dubai and were seen taking a ferry ride along with close friends.

On work front, Stankovic was last seen in a song from Bollywood movie 'The Body' starring Emraan Hashmi and Rishi Kapoor. She had also made it to the finals of 'Nach Baliye' with her ex-boyfriend Aly Goni.

In 2019, the Board of Control for Cricket in India (BCCI) had confirmed that Pandya underwent a lower-back surgery in London.