Pakistan resumed their innings from 96/6 on day three of the pink-ball Test. 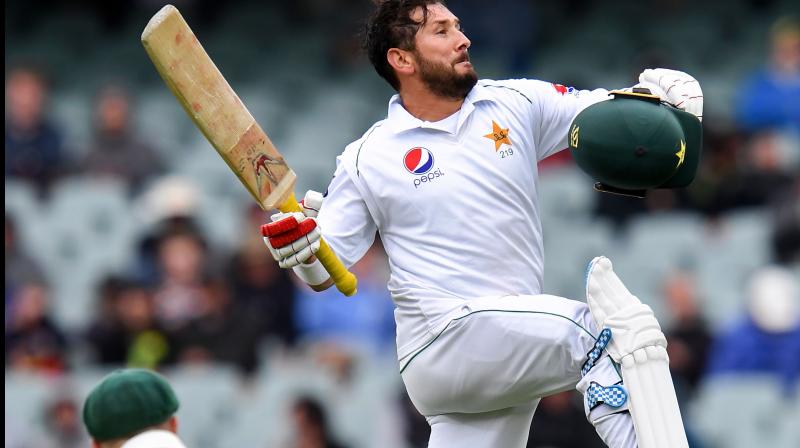 Pakistan resumed their innings from 96/6 on day three of the pink-ball Test. Babar Azam and Yasir Shah played carefully and stitched a 105 run stand to revive Pakistan hopes in the Test match. However, their resistance was cut short when Mitchell Starc deprived Azam (97) of his third Test century.

Shaheen Afridi was caught in front of the stumps on the next ball as Starc wreaked havoc. Shah kept the scoreboard ticking and stitched an 87 run stand with tailender Mohammad Abbas.

This was also the second-highest ninth-wicket partnership for Pakistan against Australia in Test cricket.

Pat Cummins dismissed Abbas (29) in the 91st over and Pakistan were reduced to 281 for the loss of nine wickets.

Shah (113) was scalped by Cummins in the 95th over as Australia bundled out Pakistan at a score of 287. Despite playing defensively Shah smashed 13 fours in his innings.

Australia has enforced the follow on and the visitors are trailing by 287 runs.