The session began with a warm-up and later, the players moved for net practice. 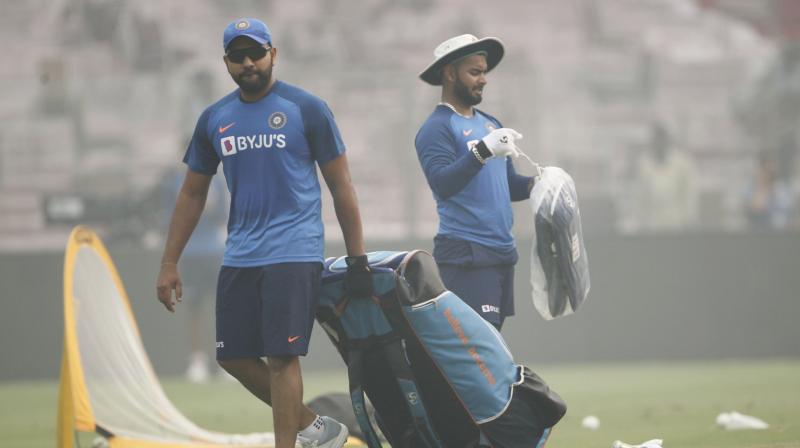 Rohit Sharma was forced to leave the net practice after he was hit on the left thigh off a delivery. (Photo: Twitter/ BCCI)

New Delhi: Indian cricket team had a training session ahead of the first T20I against Bangladesh at the Arun Jaitley stadium here on Friday.

The session began with a warm-up and later, the players moved for net practice.

Rishabh Pant, Shikhar Dhawan, and Sanju Samson were seen practising hard in the nets while the bowlers were seen sharpening their skills.

Rohit Sharma was forced to leave the net practice after he was hit on the left thigh off a delivery. After the blow, Sharma went for ice treatment. There is no update on the batsman from the Board of Control for Cricket in India (BCCI) as of now.

The first T20I between India and Bangladesh will be played on November 3.