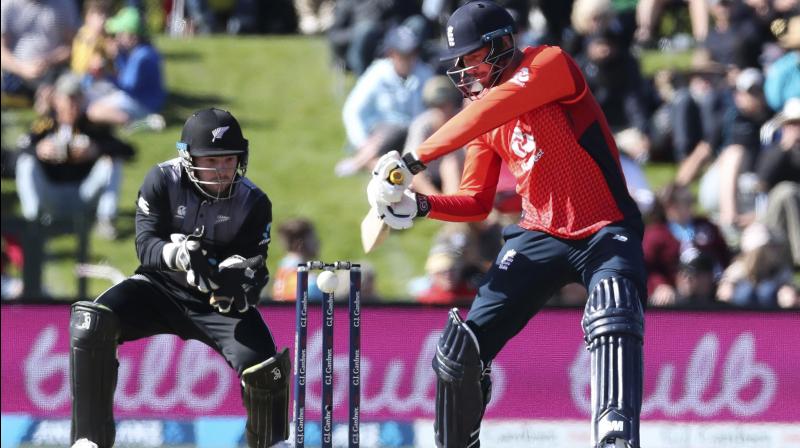 After playing a match-winning knock of 59 in the first T20I against New Zealand, cricketer James Vince is hopeful of making it to England's squad for World T20 next year. (Photo:AP)

London: After playing a match-winning knock of 59 in the first T20I against New Zealand, cricketer James Vince is hopeful of making it to England's squad for World T20 next year.

"The side's been so successful and dominant over the last three or four years, it's a tough first XI to break into," ESPN Cricinfo quoted Vince as saying.

"But any opportunities like this to push my case and hopefully try to be part of the squad, as I was this summer for the World Cup, is my aim," he added.

Chasing 154, England's openers Dawid Malan and Jonny Bairstow got the side off to a steady start and put on 37 runs for the first wicket. Their resistance was ended by Kiwi spinner Mitchell Santner as he had Malan (11) caught at the third-man position.

Vince and Bairstow put up a brief 31-run stand, but their stint came to an end as Santner dismissed Bairstow (35) in the 10th over, reducing England to 68/2.

England skipper Eoin Morgan joined Vince in the middle and both batsmen ensured that the side did not fall behind the required run rate.

Vince went past the 50-run mark in the 14th over of the innings.

"The wicket was pretty good, I didn't think it was an absolute belter but there was not much in there, maybe a fraction on the slow side but a pretty true bounce, it came on reasonably well for the majority of it," said Vince.

In the end, Morgan and Sam Billings ensured England did not suffer any hiccups and took their side victory by with nine balls to spare and seven wickets.

England and New Zealand will play the second T20I on Sunday, November 3.