The Indian team is set to play their first-ever day-night Test match against Bangladesh at Eden Gardens from November 22 to 26. 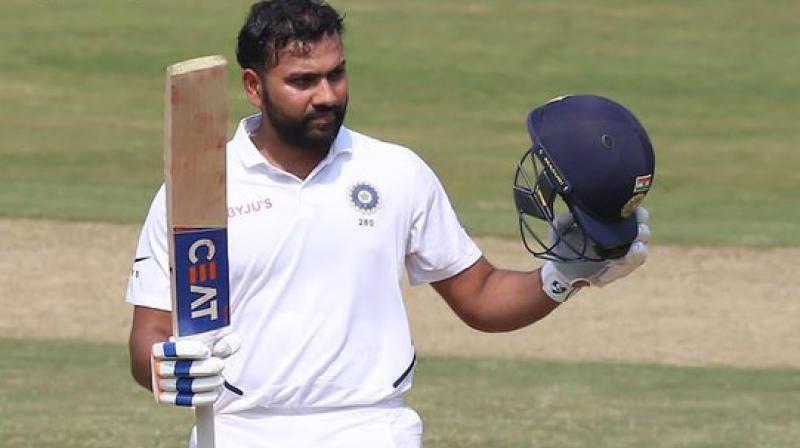 "It will be exciting. I don't know about the boys, but I have played with a pink ball in Duleep Trophy. It was a great experience. It will be like same in Kolkata. We will try to perform better to get 60 points in that match," Sharma said in an event here.

The Indian team is set to play their first-ever day-night Test match against Bangladesh at Eden Gardens from November 22 to 26.

The 32-year-old opening batsman said he did not get the time to assess the situation when asked about Delhi's pollution.

Amid deteriorating air quality in Delhi, the first T20I of the three-match series between India and Bangladesh is scheduled to play on November 3.

"I have just landed and didn't get the time to see/assess what it's like in Delhi. The information I have is that the match is scheduled for November 3 and it will happen on the same day. I don't know what decision has been taken," Sharma said.

Sharma who is appointed as the captain for the home T20I series against Bangladesh will look to set a benchmark.

"It is an honour to lead team India. Whenever I am appointed as captain I look forward to setting a benchmark," Sharma said.

"I have known Dada (Sourav Ganguly) since long time. I have met him on various occasions and even played with him during my initial years. My last meeting with him was related to the team," he added.

India will take on Bangladesh in the first T20I at Arun Jaitley Stadium on November 3.