All eyes on weather as West Indies out to deny India a series victory. 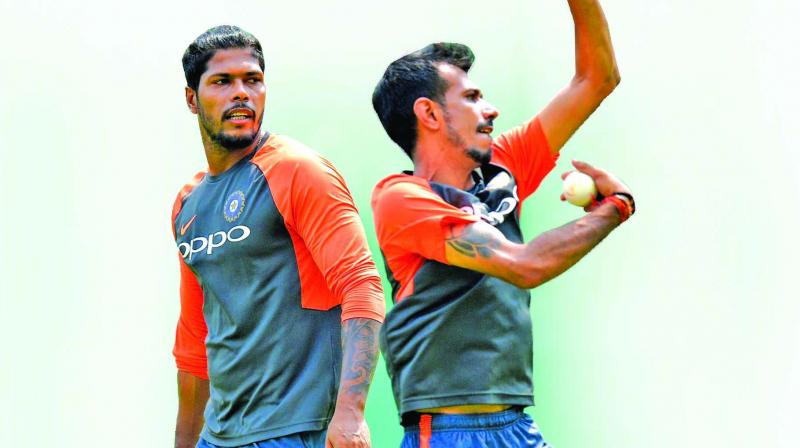 Thiruvananthapuram: India go into the final ODI on Thursday eyeing another home series triumph against the West Indies, a far cry from the dominant force it was when the city last hosted a 50-over international three decades ago.

A victory in the fifth and penultimate ODI will ensure India maintain their unbeaten run since the reverse against South Africa in 2015. Leading 2-1 in the five-match series that also witnessed a tie, the hosts faced unexpected resistance in the past few days, including suffering a shock defeat, since the time the West Indians set foot in the country a little more than a month ago.

The weather is expected to play a part with showers predicted. Virat Kohli’s men bounced back from the loss in the third match at Pune to record a massive 224-run win at Mumbai. The home team will hope to carry the momentum into the series decider in the Southern city.

The last ODI played here was also between the two teams and was won by the visiting side, then an eminent force in world cricket. Jason Holder’s men will look to seek inspiration from their illustrious predecessors and level the series.

With the series being the first in the run-up to the 50-overs World Cup in England in June next year, the two sides are more or less aiming to zero in on the combination for the showpiece. While Kohli and Rohit Sharma have been in superlative form, scoring three and two centuries respectively, Ambati Rayudu, backed by the skipper, has also been among the runs. The rest of the batsmen haven’t quite had the impact they would have liked to.

The flamboyant Shikhar Dhawan has not capitalised on the starts while veteran Mahendra Singh Dhoni has found runs hard to come by. Left out of the T20 squad for the upcoming series in Australia, the Jharkhand stumper will hope to make a contribution in front of the stumps, too, even though his work with the big gloves has been stupendous.

Dhoni stands on the cusp of a milestone, needing one run to reach the 10,000 mark in India colours (he has scored 124 runs for Asia XI). The return of Jasprit Bumrah has added value to the Indian team and he proved his worth in the two games he has played while the young Khaleel Ahmed showed he’s learning with an impressive spell at the Brabourne Stadium.

Kohli will expect the experienced Bhuvneshwar Kumar to raise his level of play in the series finale after moderate returns. The seamer has been recalled following a rest. The spinners have done the damage with most of the Caribbean batsmen struggling to cope with Kuldeep Yadav, while Yuzvendra Chahal was benched for the fourth ODI in favour of Ravindra Jadeja.

The visitors, on the other hand, have blown hot and cold in the one-dayers after being routed in the Tests. Shimron Hetmyer and Shai Hope have impressed the most, having logged a century each while underlining their abilities.