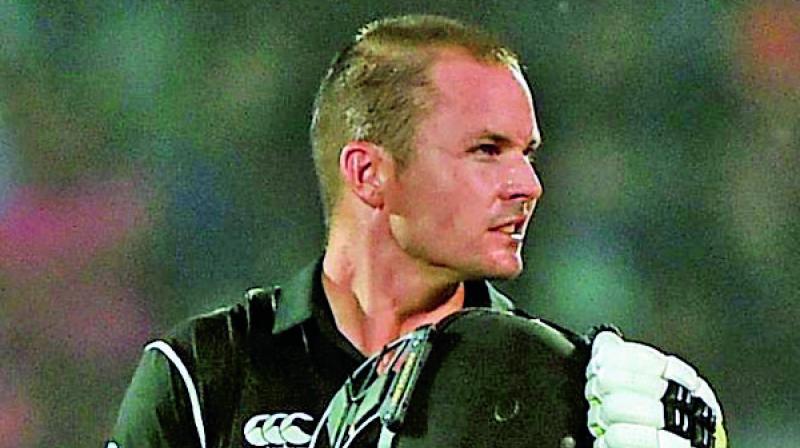 New Delhi: New Zealand opener Colin Munro, who almost swung the decisive third and final one-dayer against India at Kanpur for his team on Sunday said on the eve of the first T20 game between the two here on Wednesday that it was key to find the right tempo in his naturally aggressive game.

Munro, who blasted his way to a 52-ball 75 in the Kiwi chase of India’s 337 said, “The big challenge for me was just actually finding a good tempo to bat at. I’d like to say that I want to go and blast off in the first 10 overs but it’s not always going to be the case, especially when you are playing against Bhuvi and Bumrah, the two best opening bowlers in these conditions,” Munro said here on Tuesday.

The visitors went down 1-2 in the ODI series, but ran the strong India side closer than most touring teams in the recent past and will want to turn things around given their current status of number one T20 team, and a perfect record against India, winning five of five games played.

“We have been lucky enough for the last couple of years to be successful. Looking forward to the series and it should be a good one.

“I play aggressively, my way sometimes it comes off and you look good, sometimes it doesn’t and you don’t look good. Obviously, there is plenty to play for and we have got a good record against India. Hopefully, we will get off to a good start.”

With fast bowler Mitchell McClenaghan and hard-hitting batsman Luke Ronchi out with injuries, Munro said others had stepped up to try and fill the gaps.

Munro has been picking former New Zealand captain Brendon McCullum’s brains on hoiw to tackle his job. “It is a funny one, actually, because after the second game I wouldn’t say I was down but I hadn’t got off to a start I wanted to while opening the batting. So, I sent him a text message to ask him his thoughts and let him know what I was thinking,” Munro said.

“And he came out and said, ‘Mate, you know you got a good record in T20 and the way you play at the top of the order. If you can, try and implement that in the ODI game’.”