Braithwaite had been reported for an illegal bowling action during the second Test against India last month. 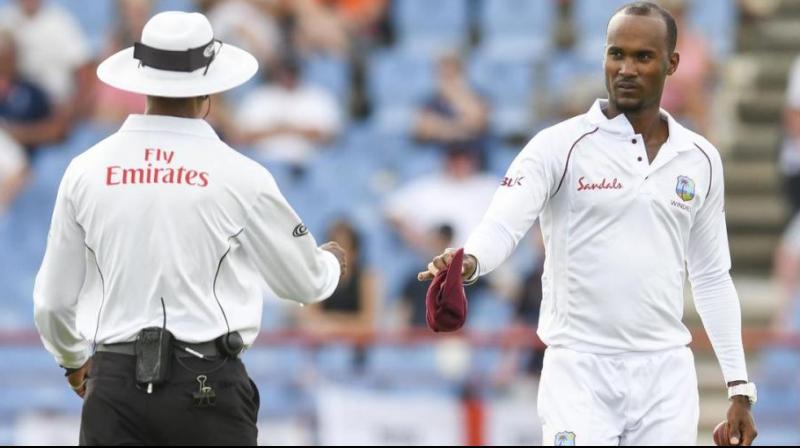 West Indies occasional off-spinner Kraigg Brathwaite on Monday was cleared to bowl in international cricket after an ICC-approved assessment. (Photo:AFP)

Dubai: West Indies occasional off-spinner Kraigg Brathwaite on Monday was cleared to bowl in international cricket after an ICC-approved assessment.

Braithwaite had been reported for an illegal bowling action during the second Test against India last month.

The report was submitted by the match officials to Windies management. It cited the concerns regarding the legality of Brathwaite's bowling action during the match.

The off-spinner underwent a bowling assessment in Loughborough on 14 September, where it was revealed that the amount of elbow extension for all his deliveries was within the 15-degree level of tolerance permitted under the ICC Illegal Bowling Regulations.

Under Article 2.1 of the International Cricket Council (ICC) Code of Conduct, illegal action is defined as "An Illegal Bowling Action is where a player is throwing rather than bowling the ball. This is defined by the ICC as being where the player's elbow extends by an amount of more than 15 degrees between their arm reaching the horizontal and the ball being released."

Brathwaite has 18 wickets from 58 games at an average of 56.94 in the longest format of the game.