Wait is over for Mayank

The Karnataka batsman wants to make the most of the opportunity he has. 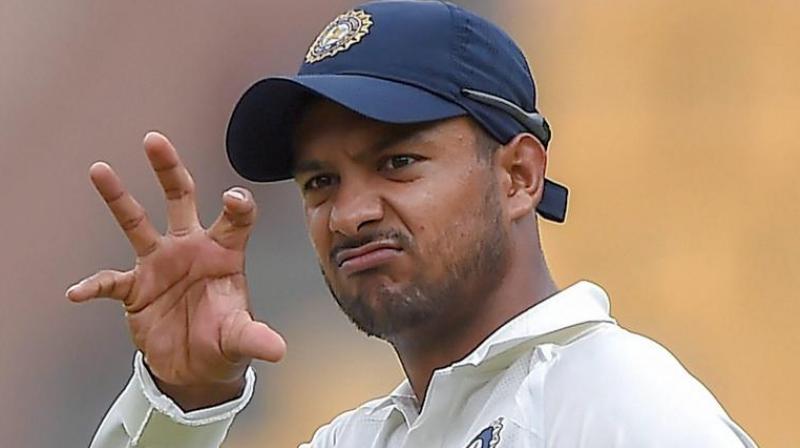 Mumbai: BCCI is no IRCTC but Mayank Agarwal was perhaps made to look like that passenger who had been constantly trying to get a booking to reach his desired destination, only to be told that he is in the waiting list. But Mayank kept trying — read scoring runs — and kept accessing a variety of browsers — Ranji Trophy, Vijay Harzare and India ‘A’ — to get confirmed berth. The wait is now finally over.

The Karnataka youngster’s perseverance has paid off. He has received his maiden call-up to the Indian side, for the two-match Test series against West Indies. While Mayank will have to fight it out with the prodigious Prithvi Shaw for the second opener spot alongside KL Rahul, his international debut is much closer now than it looked in the past. Mayank, who was in Vadodara when the team was announced, said he was “extremely happy” with his India call-up.

There had been calls for his inclusion in the Indian squad, with the former cricketers such as Harbhajan Singh even questioning the selectors after Mayank was once again ignored for the Asia Cup.

“We had a lot of competitive games going on. (Playing) a lot of India A games and a lot of domestic games actually helps. There are only a few things that you can control and it’s best to only control what’s in your hand and look to perform. The rest is not in your hand,” said Mayank.

It also helped that Mayank played under the watchful eyes of Rahul Dravid, who has been pivotal in making India ‘A’ and under-19 a powerful feeder system. Mayank ackowledged Dravid’s contribution and revealed how the former Indian skipper kept him motivated. “He said, ‘Look, you have to go out there and do what’s in your control and keep working hard. That’s so much a sportsman can do.’ So, I just stuck to whatever he told me and kept doing that,” he added.

Mayank admitted that having his state-mate K.L. Rahul around in the Indian dressing room will be a good feeling. “Playing for the country is the biggest dream. That’s vital and I am happy that I am picked in the side,” said Mayank.