Rohit Sharma posts a cryptic tweet amid the rumours of rift 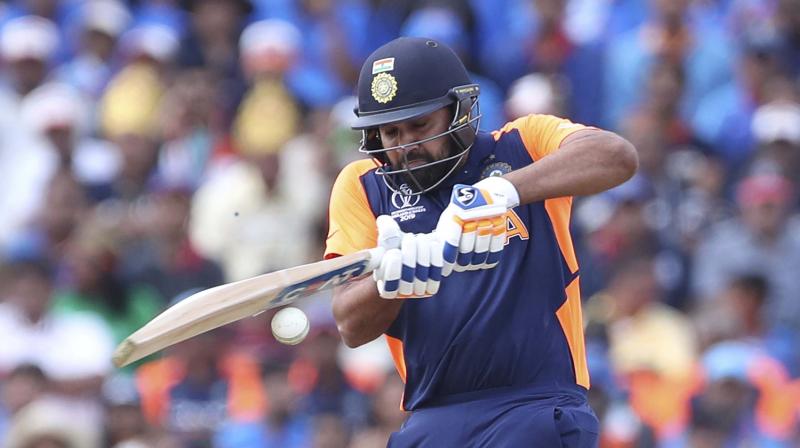 After Kohli, India’s head coach Ravi Shastri too refuted the reports of a rift between Virat Kohli and Rohit Sharma. (Photo:AP/PTI)

Mumbai: Amid the rumours of a rift between Virat Kohli and Rohit Sharma, Indian captain Virat Kohli addressed the media before heading for the West Indies tour and clearly stated that “all is well inside the Indian dressing room”, and “people feeding off lies and are being disrespectful to the players’ personal lives”.

Just a few days after Kohli’s addressed the media, Indian vice captain Rohit Sharma too posted a witty tweet on Wednesday stating, “I don’t just walk out for my team. I walk out for my country.” After Kohli, India’s head coach Ravi Shastri too refuted the reports of a rift between Virat Kohli and Rohit Sharma.

Kohli further mentioned, “In my opinion, its baffling. It’s absolutely ridiculous to read these kind of stuff, that comes out there. I have been to public events where we have been praised and here we are feeding off lies, overlooking facts, turning a blind eye to all good things that happened and creating fantasies and scenarios in our head. We want to accept that this is the truth."

Despite Virat Kohli’s justification, the rumours of rift between him and Rohit still exist because Rohit’s tweet didn’t mention anything regarding the rift. However, it is yet to be seen if Virat and Rohit see eye to eye. The duo hasn’t addressed the media as a pair.