Mohammad Amir’s wife shuts down trollers who questioned his loyalty

Earlier, a report came out stating that Mohammad Amir has applied for the British passport to shift his base to UK. 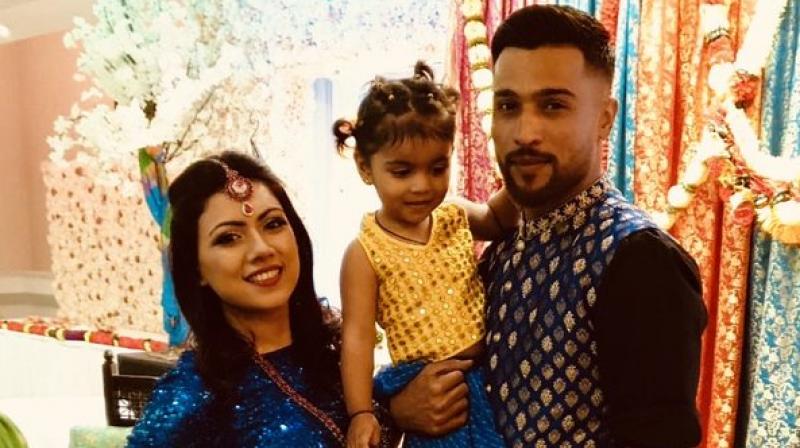 Following the report, many Pakistani fans questioned his loyalty, stating that Mohammad Amir is shifting to UK to play for the England cricket team. (Photo: NarjisAmir/Twitter)

Mumbai: After being criticized for trying to get a UK visa, Mohammad Amir’s wife Narjis Amir has written an online post to shut down trollers who said that the Pakistani pacer has applied for the visa to to play for the England Test team.

However, in a social media posts Amir’s wife Narjis had stated, “Even though we don’t need to explain our decision to anyone but for the people who care n support us my husband @iamamirofficial doesn’t need to play for England or any other country he is a proud Pakistani and loves playing and representing his country PAKISTAN. Not just him even if our child Minsa ever wants to play cricket she will represent Pakistan like her father as it’s his wish.”

Earlier, a report came out stating that Mohammad Amir has applied for the British passport to shift his base to UK. Following the report, many Pakistani fans questioned his loyalty, stating that the 27-year-old pacer is shifting to UK to play for the England cricket team.

The former Test player however has the passed the criterion for the spouse visa since his wife is a British citizen. Hence, it allows Amir to stay for about 30 months. A source stated to the PTI, “He is clearly planning to obtain a British passport and permanently settle down in England in future.”

Amir drew heavy flak for liking a tweet which stated “should leave this terrorist country”.

Narjis further stated, “He has retired from test cricket only not cricket. He has done that so he could give more to one day and T20 and make his country proud like always, she said. I wish peace to all the negative people out there may Allah help u positivity is a great blessing from Allah may all the negative people be blessed with that.”

Mohammad Amir retired from Test cricket last week. However, many former Pakistani cricketers and pundits blasted the pacer for announcing his retirement at an early age.

Shoaib Akhtar stated, “I am disappointed and sad at his decision at this time. At 27 years of age he is at his peak and should been available for Pakistan in Test cricket.”