"There can be off the field differences but it depends how you play on the field. Everyone should look into that," said Kapil. 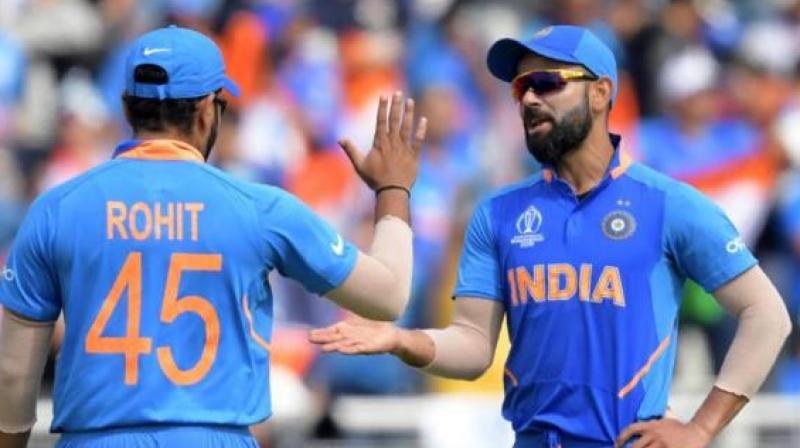 There are reports of an alleged rift between Kohli and Sharma post India's World Cup semifinal exit. (Photo: AFP)

Kolkata: Skipper Virat Kohli and his deputy Rohit Sharma can have "differences off the field" but it should not matter as long as their on-field commitment is up to the mark, former skipper Kapil Dev said on Thursday.

There are reports of an alleged rift between Kohli and Sharma post India's World Cup semifinal exit though the Indian captain rubbished them ahead of the team's departure to the United States on Monday.

"There can be off the field differences but it depends how you play on the field. Everyone should look into that," Kapil said

"Off the field, the way of thinking can be different, approach can be different. But when you're playing there's only one aim -- how we can win a match. That is important. Differences of opinion does not mean you will be pulling somebody down," Kapil, whose hot and cold relationship with Sunil Gavaskar used to be headlined during the early and mid 80's.

He also took a dig at the media urging them to be more responsible while reporting.

"You have to do your job, right. Thoda bahut toh aap bhi help karte ho naa rumour banane mein. (You people also do your bit in spreading rumours)," he said.