Shakib, who is expected to play in next month's home series against Afghanistan, said Bangladesh should rotate players to keep them fresh. 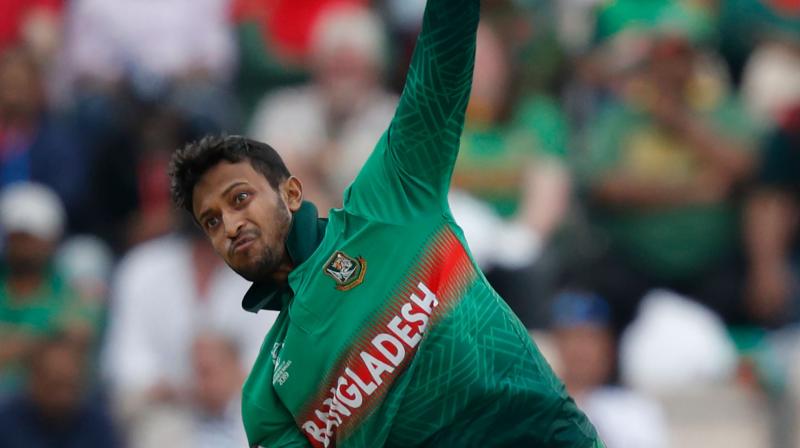 Bangladesh will host Afghanistan for a Twenty20 series in September. (Photo: AFP)

Dhaka: Bangladesh all-rounder Shakib Al Hasan on Thursday asked out-of-form teammate Tamim Iqbal to take some time away from international cricket, saying he will emerge stronger after some rest.

Bangladesh were whitewashed 0-3 in a one-day international series in Sri Lanka after Tamim was made the interim captain in the absence of regular skipper Mashrafe Mortaza and vice-captain Shakib.

Tamim struggled with form throughout the series, making just 21 runs in three matches with scores of 0, 19 and 2.

"I think the important thing for him now is to take some rest, recover well, feel fresh and come back strongly. I am sure he will do this," Shakib said of Tamim to reporters in Dhaka.

The Sri Lanka series came after a string of poor performances in the World Cup in England when Tamim, the leading run-scorer for Bangladesh in all three formats, failed to meet the expectations of the team. He scored just 235 runs in eight innings at 29.37, which included only one fifty against Australia. Bangladesh were hoping Tamim would lift his game in Sri Lanka, where they were also missing other key players including Liton Das and Mohammad Saifuddin.

"There are a lot of negatives. We have to hold it tight and come back strong," Tamim said after the team's 122-run defeat in Wednesday's third and final game.

Shakib, who is expected to play in next month's home series against Afghanistan, said Bangladesh should rotate players to keep them fresh.

"It's not possible for a player to play when he feels stretched. So these breaks are important. These breaks also create opportunity for others," said Shakib."I can give you the example of India. Last year there were fewer injuries to players. One reason is they played with a rotation policy," Shakib added.

Bangladesh will host Afghanistan for a Twenty20 series in September.