Finn was summoned as late cover for Wood on the eve of The Oval clash, after the Durham quick was sidelined with a heel injury. 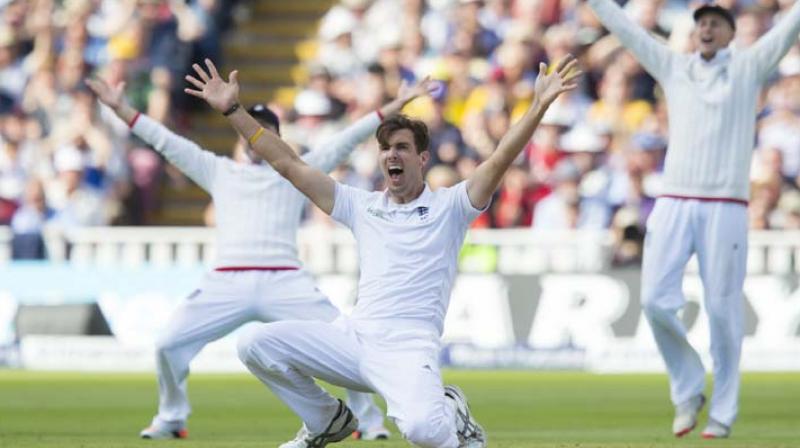 England announced that Finn would travel with the squad to Manchester, where the series finale starts on Friday. (Photo:AP)

London: Steven Finn has been retained in a 13-man England squad for this week's fourth Test against South Africa after the injured Mark Wood was ruled out of the Old Trafford match.

Just hours after England wrapped up a 239-run win in the third Test at The Oval on Monday, a result that left them 2-1 up with one to play, the selectors announced that Finn would travel with the squad to Manchester, where the series finale starts on Friday.

Finn was summoned as late cover for Wood on the eve of The Oval clash, after the Durham quick was sidelined with a heel injury that means he has now been omitted from the Old Trafford squad as well, but did not make it into the XI.

Monday's announcement means Middlesex batsman Dawid Malan is set to be given another chance to prove his worth at Test level after managing scores of just one and 10 on debut at The Oval.

Keaton Jennings is also in line to retain his place after the opener, like Malan brought up in South Africa, made a determined 48 in England's second innings at The Oval after managing a mere three runs in his three previous knocks.

Hampshire left-arm spinner Liam Dawson, who did not play at The Oval after featuring in the first two Tests of this series, was retained in the squad.