India were left without a left-hander in the top half of their batting order after a fractured finger ended opened Dhawan’s World Cup. 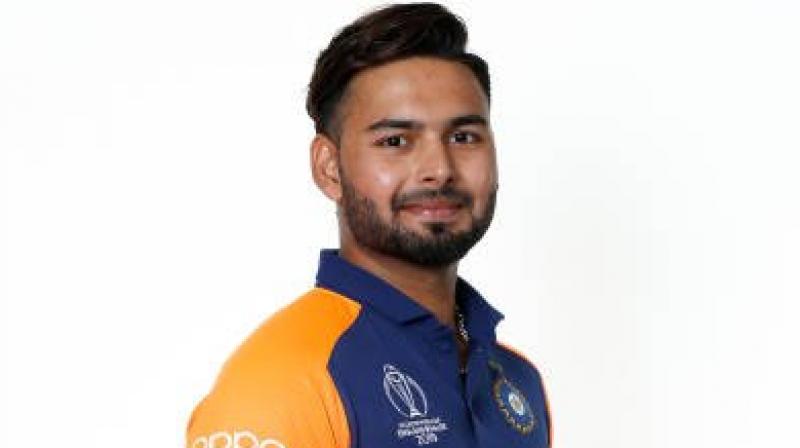 Pant was flown in as Dhawan’s replacement and the 21-year-old finally made his debut in Sunday’s loss to England (Photo: Rishabh Pant/Twitter)

Birmingham: India will persist with Rishabh Pant at number four in the batting order to avail the left-right advantage in the middle overs, assistant coach Sanjay Bangar said ahead of Tuesday’s Cricket World Cup group match against Bangladesh.

The twice champions were left without a left-hander in the top half of their batting order after a fractured finger ended opened Shikhar Dhawan’s World Cup.

Pant was flown in as Dhawan’s replacement and the 21-year-old finally made his debut in Sunday’s loss to England, scoring 32 after some nervous running between the wickets early in his knock.

“I felt he had a decent innings,” Bangar told reporters at Edgbaston. “He got 32 and played a couple of god shots, got a partnership going (with Hardik Pandya), so we’re going to persist with him.”

All-rounder Vijay Shankar, who was originally picked in the squad to bat at number four, has been ruled out of the remainder of the ongoing World Cup with a toe injury, the team said on Monday.

“The team management was feeling the absence of a left-hander since Shikhar got injured,” Bangar said, explaining the decision to send Pant ahead of Pandya on Sunday.

“It was a ploy to use right-left combination in the middle overs to upset the bowling plans. I feel because of that Adil Rashid could not bowl the number of overs he’d have usually bowled.”

Known for his six-hitting prowess, Pant hit a century in an Oval test last year and also smashed an unbeaten 159 against Australia in Sydney in January.

Sunday’s match was only his sixth one-day international but Bangar said the time Pant spent with the World Cup squad has prepared him for the challenges ahead.

“He’s spent close to two weeks with us now. He has done well at the international level, especially in the test format. The one-day format is slightly newer to him,” said Bangar, who played 12 tests and 15 ODIs for India.

“We’re trying to help him with the various mindsets and the roles that come with the middle order job, and the importance of the right-left combination... so straightaway he can put the pressure back on the spinners.

“It can help the team in a big way. On those lines, we’ve been communicating with him.”

India, second in the table with 11 points, need a victory in their final two group matches to qualify for the semi-finals.