Despite the loss, Bhogle praised Rohit Sharma and skipper Virat Kohli who scored 102 and 66 runs, respectively. 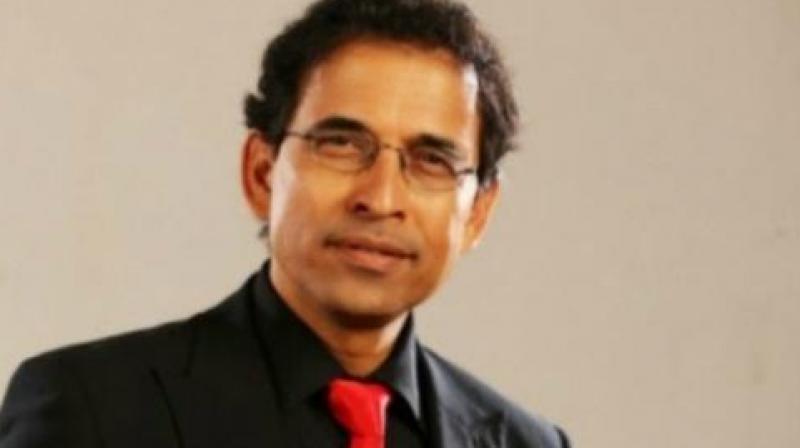 Bhogle opined that the credit for Plunkett's success must go to Jofra Archer and Chris Woakes. (Photo: AFP)

Birmingham: After India's 31-run defeat against England in the ongoing ICC Men's Cricket World Cup, Indian commentator Harsha Bhogle said the team did not try 'hard enough' at the end to win the game.

"I thought India were trying to win it till the time when Hardik Pandya and Rishabh Pant were batting and then all of a sudden everyone is looking at everyone else because I do not think India tried hard enough to win at the end," Bhogle said in a video posted on the official Cricket World Cup website.

India needed 112 runs from 11 overs, which looked doable for the Indian batsmen as they had seven wickets in hands. However, Rishabh Pant was sent back to the pavilion in the 40th over after scoring 32 runs, followed shortly by Hardik Pandya (45).

MS Dhoni and Kedar Jhadav then took charge, but due to lack of aggressive batting, India faced their first defeat in this edition of the premier tournament.

Despite the loss, Bhogle praised Rohit Sharma and skipper Virat Kohli who scored 102 and 66 runs, respectively.

"I do hope that the finish did not overshadow what came before because I think Rohit Sharma and Virat Kohli batted really well after a very slow start," he said.

England pacer Liam Plunkett thwarted India's batting line-up as he took three wickets in the match. However, Bhogle opined that the credit for Plunkett's success must go to Jofra Archer and Chris Woakes, who he thinks set the stage for the 34-year-old pacer.

"I think Chris Woakes and Jofra Archer made it easier for Liam Plunkett because the way they bowled those first 10 overs. They bowled so well, Plunkett and (Mard) Wood are now coming to bowl with a foundation that has already seen set in the first 10 overs," Bhogle said.

India will face Bangladesh on July 2.