Mayank, a top-order batsman, has played two Tests but is yet to play an ODI. 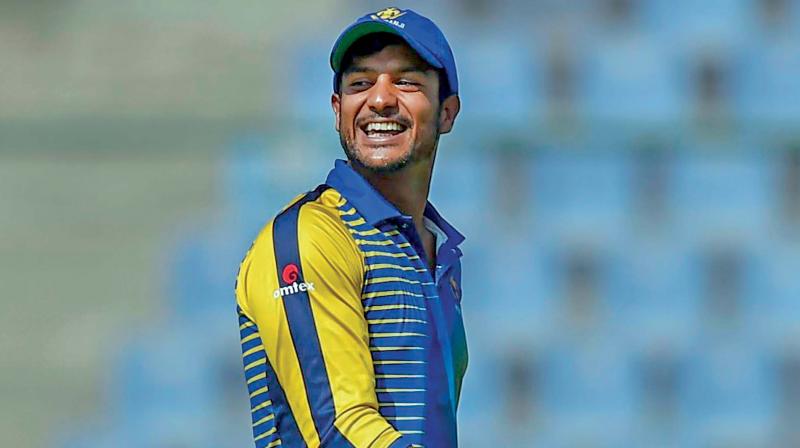 Dubai: International Cricket Council on Monday confirmed Mayank Agarwal as a replacement player for Vijay Shankar in the India squad for the remainder of the ICC Men's Cricket World Cup.

Mayank, a top-order batsman, has played two Tests but is yet to play an ODI.

The Event Technical Committee of the tournament has approved Mayank in India's 15-man squad after Shankar sustained a non displaced fracture of the left big toe during a training session.

"Vijay Shankar sustained a non displaced fracture of the left big toe, which will require a minimum of three weeks to heal. The injury rules him out of the ongoing World Cup. The Indian team management has requested the ICC to consider Mayank Agarwal as his replacement," a BCCI source told ANI.

All-rounder Shankar missed team's clash against England on Sunday and Rishabh Pant, who received a World Cup call after opening batsman Shikhar Dhawan was ruled out, replaced him.

Shankar made a scintillating World Cup debut against Pakistan on June 16 as he took a wicket on the very first delivery he bowled. He ended up picking two wickets in the match and also played an unbeaten knock of 15 runs. However, in the next two matches played against Afghanistan and West Indies, Shankar failed to leave a mark on the field as he scored just 29 and 14 runs respectively.

The replacement of a player requires the approval of the Event Technical Committee before the replacement player can be officially added to the squad.