Jasprit Bumrah and Washington Sundar were previously ruled out due to injuries. 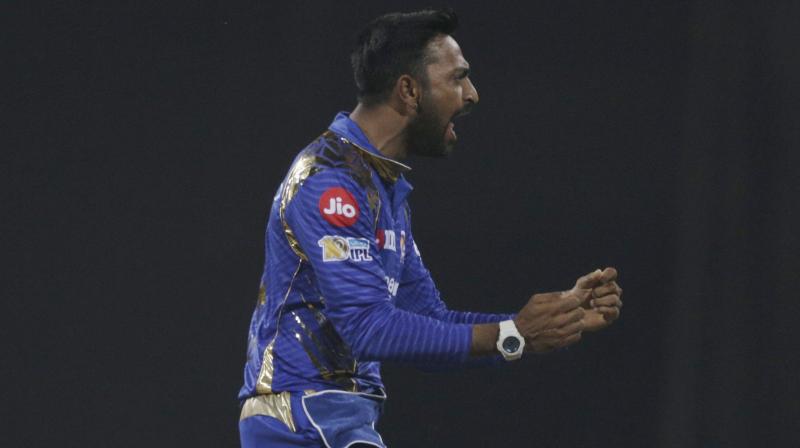 Chahar, who was the standout bowler for the IPL 2018 champion Chennai Super Kings, has put in some fine performances for India A in the ongoing tour of England. (Photo: AP)

Whiler Krunal and Deepak were included just for the T20 series, left-arm spinner Axar Patel has been named as Washington's replacement for the three-match ODI series that starts at Nottingham on June 12.

"The All-India Senior Selection Committee has named Krunal Pandya as Washington Sundars replacement in Indias T20I side and Axar Patel in the ODI side for the upcoming limited-overs series against England," BCCI acting secretary Amitabh Choudhary said in a statement.

Sundar has been ruled out of the entire limited overs series against England after injuring his right ankle during Indian teams training session at the Malahide Cricket Club, Dublin on June 26.

Bumrah, on the other hand, has a fractured left thumb and has been ruled out of the upcoming T20I series against England.

Bumrah suffered the injury during Indias first T20I against Ireland.

Chahar is currently playing for India A squad in England in the 50-over tri-series, featuring England Lions and West Indies A.

After three games in the series, Chahar was on top of India's wicket taking chart, with seven wickets at 12.71 and an economy rate of 4.04.

Chahar came into the limelight following his good show with Chennai Super Kings (CSK) where he picked up 10 wickets in 12 games and was also their second-most economical bowler (economy rate: 7.28).