Despite the defeat, Ahmed is optimistic about the future and is hoping to make a comeback. 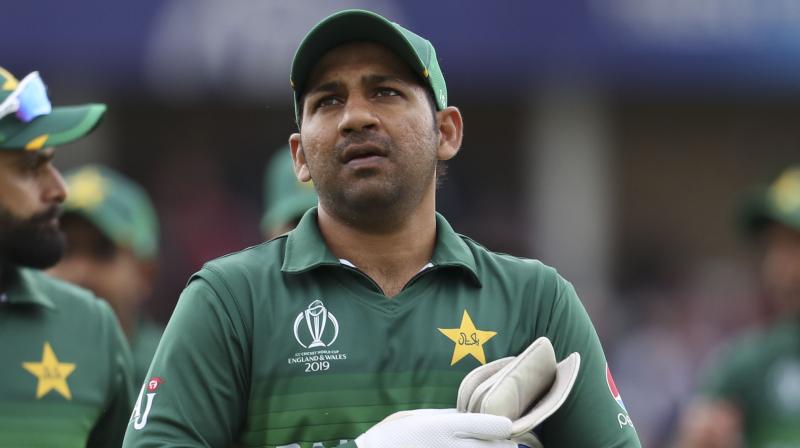 West Indies displayed an all-around performance as bowlers bundled off Pakistan batsmen on just 105 runs and later the batsmen chased down the target in the 14th over. (Photo: AP)

West Indies displayed an all-around performance as bowlers bundled off Pakistan batsmen on just 105 runs and later the batsmen chased down the target in the 14th over.

Although all players contributed their bits in the victory, Pakistan skipper Sarfaraz Ahmed feels that it was the Andre Russell's spell which turned the match around.
"Pressure was built when we lost our first wicket in the fourth over. His [Russell's] spell was the turning point. He took two wickets and that put us on the backfoot (immediately)," ESPN Cricinfo quoted Ahmed as saying.

Russell just bowled three overs in the match but in those three over he sent Fakhar Zaman and Haris Sohail back to the pavilion. Also, Russell's three overs included a maiden over and he conceded just four runs.

Ahmed feels that they gave away too many wickets in the first ten overs and if they had managed to survive at that point of the game, the situation could have been different.

"First ten overs we lost too many wickets, and that's why we could not come back into the game. We were aware of the West Indies fast bowlers, and that they bowl 90-plus (mph). We had practised a lot (against that kind of bowling). It is just that in the first ten overs, our shot selection was not good and we lost wickets. If we had managed to survive that phase then probably the situation could have been different," he said.

Despite the defeat, Ahmed is optimistic about the future and is hoping to make a comeback.

"It was just a bad day for us today. And we did not play good cricket. Once we lost our first three wickets we could not come back into this game. Inshallah, we will make a comeback," Ahmed said.

Pakistan will now face the hosts England for their second World Cup match on June 3.