Henry took 3-29 off seven overs before being replaced by de Grandhomme. 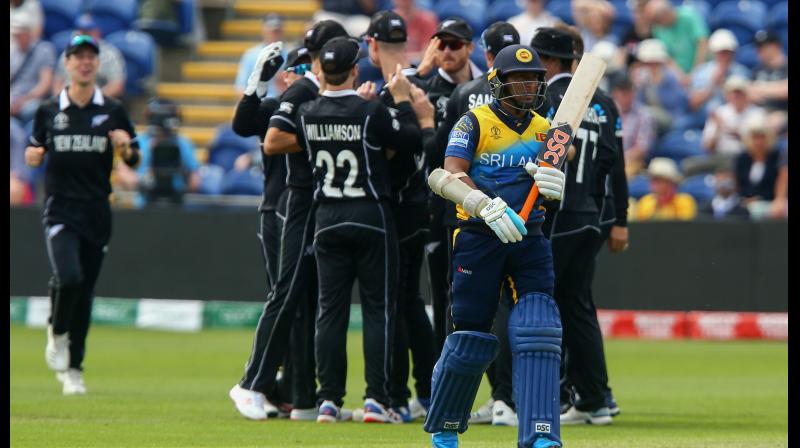 London: Matt Henry and Lockie Ferguson have done the damage as New Zealand reduced Sri Lanka to 115-8 after 25 overs as the Black Caps took control of their Cricket World Cup group opener at Cardiff.

Fast-medium right-armer Henry dismissed Lahiru Thirimanne (4) leg before wicket off the second ball of the day. Henry then had a hat-trick opportunity after Kusal Perera (29) skied a catch to Colin de Grandhomme and Kusal Mendis went for a golden duck in the ninth over, caught brilliantly in the slips by Martin Guptill.

Henry took 3-29 off seven overs before being replaced by de Grandhomme, who had Angelo Mathews caught behind without scoring to leave the Sri Lankans in serious trouble. It got even worse when Jeevan Mendis was caught at gully off Ferguson, who has 2-12 in four overs.