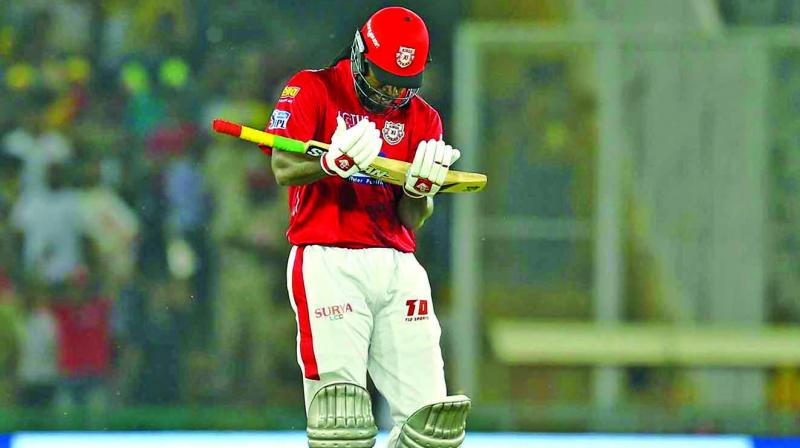 New Delhi: West Indies aggressive opening batsman Chris Gayle on Friday surpassed South Africa's AB de Villiers' record of most number of sixes in the World Cup as he now has 40 sixes under his belt.

Gayle, who has featured in his 27th World Cup match, had 37 sixes when he entered the field to play against Pakistan and smashed three sixes to surpass De Villiers, who had hammered 37 sixes in his 23 World Cup appearances.

The 'Universe Boss' also leads the table of the most number of sixes in the Indian Premier League (IPL). Chris has 326 sixes in 125 matches of IPL. AB de Villiers is on the second spot with 212 sixes, 114 sixes behind of Gayle's record.
Chris played a quick 50 runs knock off just 34 balls and hit six fours and three sixes to help West Indies win the match by seven wickets against Pakistan on Friday.

West Indies will play against Australia on June 6 at Trent Bridge.