Brendon McCullum predicts result of each and every match of World Cup 2019; see here 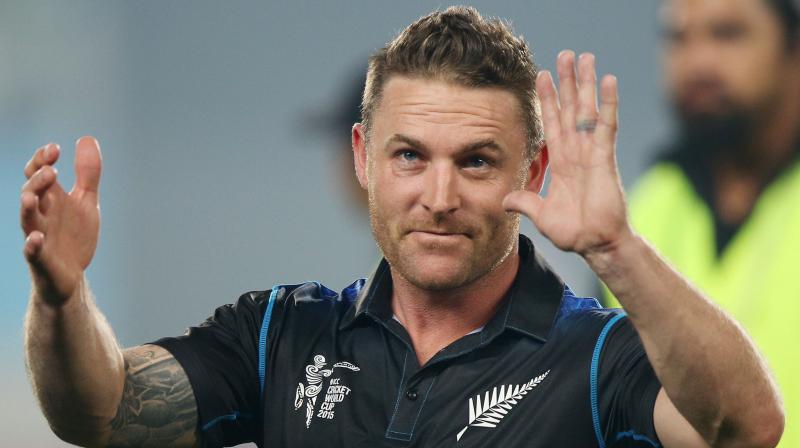 McCullum has also predicted that India would win eight out of their nine matches.(Photo: AP)

Mumbai: Brendon McCullum has gone a step ahead of former cricketers and pundits as he has predicted the result of almost each and every match of the tournament.

The 37-year-old picked England, India and Australia as favourites to win the prestigious trophy. He let the fourth spot open for Newz Zealand, West Indies, Pakistan and South Africa.

Here is a look at McCullum's prediction:

World Cup game by game predictions. 4 teams will fight out the 4th qualifying spot and net run rate will decide who progresses. Rain and luck will likely play a part as well. I hope Nz gets that little bit of luck and can qualify. Enjoy the 6 week celebration of the best players on the planet. 🤙🏼 #CWC2019

McCullum disregarded the chances of Sri Lanka, Bangladesh and Afghanistan in the World Cup 2019. He has backed hosts England to lift the trophy by winning eight matches out of nine.

McCullum has also predicted that India would win eight out of their nine matches. He feels that only England have the potential to beat India at the World Cup.

Talking about Australia, he has predicted that Aussies will suffer from three defeats against West Indies, India and Pakistan.