McGrath said he was very impressed with the current Indian attack. 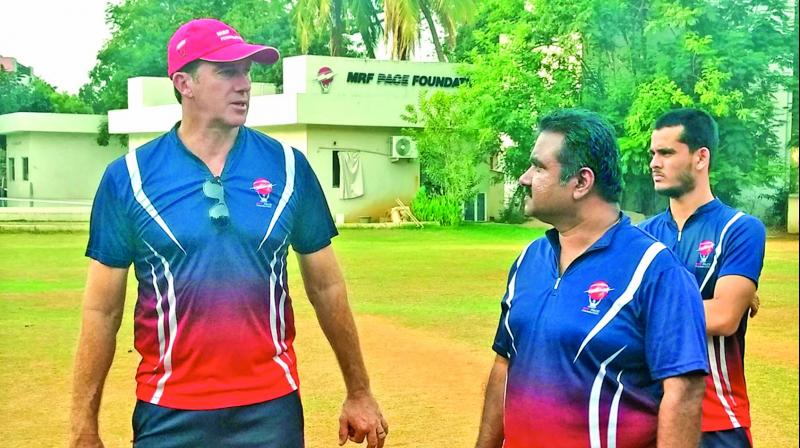 “I will always back Australia. England are going to be tough to beat on home ground and have just beaten South Africa in a ODI series. India are a very good ODI team. New Zealand will be a handful if Martin Guptill gets off to a flier; he is the key for the Kiwis. All eight teams have got potential.

“India should be in the top four along with Australia and England. The fourth team would be either South Africa or New Zealand,” said McGrath who is here to train young fast bowlers at the MRF Pace Foundation.

McGrath said he was very impressed with the current Indian attack. “Umesh Yadav is bowling very well. Jasprit Bumrah is a good one-day bowler. The way he bowls at the death is impressive. In addition to a fine length, he also generates good pace. Bumrah can come up with occasional yorkers as well. We have already seen scores of 320-330 being chased down on English wickets,” the 47-year-old added.

According to McGrath, India would be the frontrunners in their clash against Pakistan. “It’s always a big game whenever India play Pakistan. Although not the same powerful force they once used to be, Pakistan still have some quality bowlers and an experienced batting line-up. You never know; Pakistan might just pull off a surprise on their day,” he added.

McGrath hoped that the row over pay between Cricket Australia and players would be resolved soon.

“It could be a distraction during the Champions Trophy... I think once you enter the field, players should switch off other things and play,” he said.