The survey, involving 10,000 participants, found that a majority foresee sport returning soon but sporting venues will continue to be empty 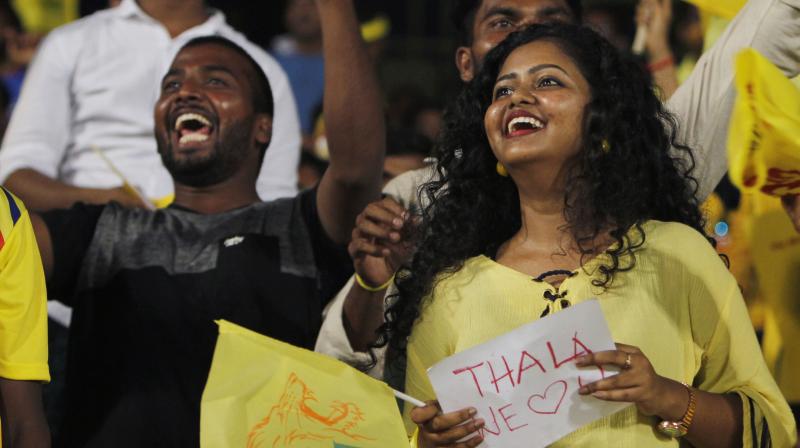 New Delhi: Awaiting resumption of sports events, nearly 60 percent fans believe the IPL might still happen this year, with 13 percent calling for it to take place behind closed doors, according to a survey.

The Covid-19 pandemic has led to either cancellation or postponement of all sporting events across the world, including the Olympics.

Back home, the IPL, which was scheduled to start on March 29, was pushed back until April 15 before the organisers decided to postpone it indefinitely considering the unprecedented health crisis.

A survey conduced by MyTeam11, which involved 10,000 participants, found that people foresee sport returning soon but sporting venues will continue to be empty for a long time.

"83 percent of the respondents said that sports might get rolling again by the end of the year (2020) while nearly 40 percent feel not comfortable attending sports events before the 2021. The pandemic has affected people greatly and they are unwilling to put their safety at stake," the company said in a press release.

Regarding the IPL, it stated, "60 percent of the people believe IPL might be organised during some other available window. This shows fans are eagerly waiting for the tournament to be held."

"Around 40 people of the poll takers believe that it might not happen this year. On the other hand, 13 percent believe that it should be organised in empty stadiums during the June-July window."

It was further found that "on the one hand 63 percent of the sports fraternity is eagerly waiting for sports to resume soon, 20 percent are okay even if it resumes in 3-4 months."