The underperforming side underwent a major rebranding last year, becoming Delhi Capitals with a new jersey, a new logo and a new anthem. 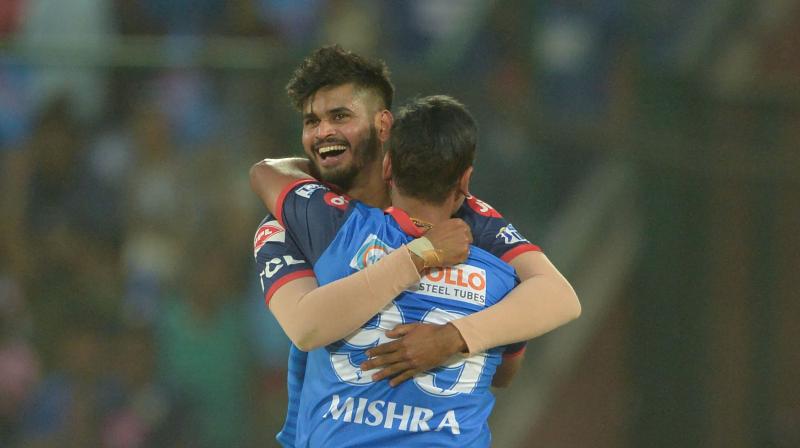 Delhi have IPL’s youngest skipper in Iyer, who was just 23 when he was appointed, but his relatively youthful side have been guided by Ponting and former India captain Sourav Ganguly. (Photo: AFP)

New Delhi: For a franchise used to spending the business end of the Indian Premier League (IPL) wondering what went wrong, the Delhi Capitals have surprised themselves by making the playoff with two matches to spare in a remarkable turnaround.

If their long-suffering fans found it difficult to be upbeat about the team at the start of this season, they could hardly be faulted.

The underperforming side underwent a major rebranding late last year, becoming the Delhi Capitals with a new jersey, a new logo and a new anthem after JSW Sport, part of a $13 billion business conglomerate, acquired a 50 per cent stake.

They appointed Australian Ricky Ponting as the head coach, but still ended the season bottom of the standings, their fourth such finish in 11 seasons.

To their fans, who had not seen the side make the playoffs since 2012, all of the changes looked cosmetic as they prepared for another season of underperformance.

Ponting, however, knew they just needed to be patient.

“Success doesn’t happen overnight,” Ponting said in a team video. “Even last year, we felt we were very close to playing great cricket but all the big moments popped up.”

“This year we’re winning those moments. That’s largely because of the balance in the side."

Delhi retained wicketkeeper-batsman Rishabh Pant, skipper Sheras Iyer, who was elevated into the role during the middle of last season, and South African speedster Kagiso Rabada while adding opener Shikhar Dhawan — smart investments that paid off.

The team effort this year contrasts with the sporadic individual brilliance of last season.

“These did not add up to anything,” Ponting said. “We had outstanding individual performances but not much in the middle.

“This year (opener) Prithvi (Shaw) played well when we needed him to, Shikhar played well on a number of occasions, Rishabh won two games of his own and Rabada is the leading wicket-taker by a long way.”

Delhi have IPL’s youngest skipper in Iyer, who was just 23 when he was appointed, but his relatively youthful side have been guided by Ponting and former India captain Sourav Ganguly, who came on board as an advisor earlier this year.

Ganguly’s presence has been particularly helpful to fellow left-handers like Pant and Dhawan and the improved performances have brought the fans back to Feroz Shah Kotla Stadium.

“The world wants to be with the winners, nobody likes the loser, right?” he said.

“After seven years, coming into the playoff, it’s a big deal for Delhi Capitals. I’m sure they will go a long way. And I won’t be surprised if they win this championship.”