$75M rescue package rolled out for English cricket amid pandemic 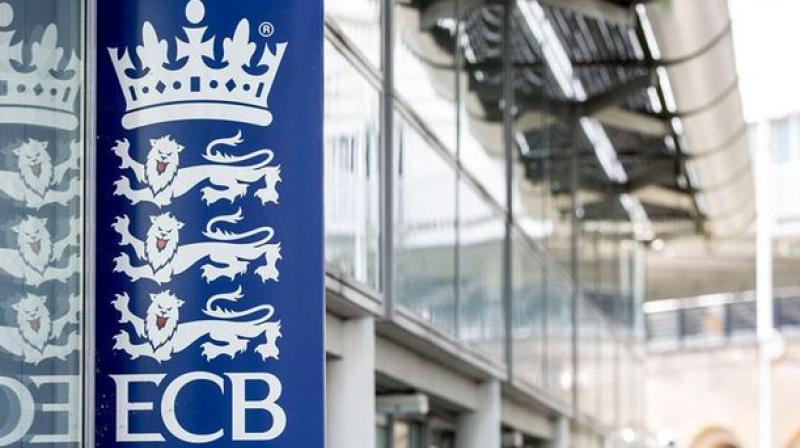 London: A $75 million rescue package was rolled out by English cricket on Tuesday to help teams at all levels withstand the financial impact of a pandemic described by a leading executive as one of the biggest challenges "in the history of the game."

The start of the English cricket season has been delayed until May 28 at the earliest because of the coronavirus outbreak, with the ECB modelling a range of options for cricket to begin in June, July or August. One model takes into account the possibility of the entire 2020 campaign being canceled.

ECB chief executive Tom Harrison said his organization was doing everything it can "to try and make sure that we keep the cricket network in business" during what he said was the sport's biggest crisis, at least in in the modern era.

"The aim is to give certainty in these extremely difficult times and to keep the lights on," Harrison said. "This is just the start of addressing this massive challenge and we have to work together because every area of the game will be impacted in the event that most or all of the cricket season is lost."

Monthly payments which would usually be passed down by the ECB in May, June and July will be issued immediately, as will two years' worth of facilities maintenance money usually ring-fenced for work on the ground and venues but which is now unrestricted.

International staging fees have been suspended for the next four months, and they will be waived in 2020 if matches are not played as scheduled because of the virus.

Harrison, who earns almost 720,000 pounds a year, will take an as-yet-undefined pay cut, and the prospect of furloughing some non-playing staff is under consideration.

Centrally contracted England players will not be approached to take a pay cut but may discuss the option on a voluntary basis.

Discussions have taken place about what would happen should cricket be back on the agenda before the end of the summer.

The most lucrative matches will be favored -- meaning men's internationals, the Twenty20 Blast and the inaugural season of The Hundred.

Harrison said The Hundred, a new format designed and promoted by the ECB in a bid to draw a new audience to the sport, could be pushed back to 2021 if there were restrictions on fans entering the grounds.

West Indies and Pakistan are scheduled to tour England for test and limited-overs matches this summer.