‘The Wall’ behind KL Rahul’s return

Rahul described the experience as humbling, as the events of the last two months saw him lose his place in the team. 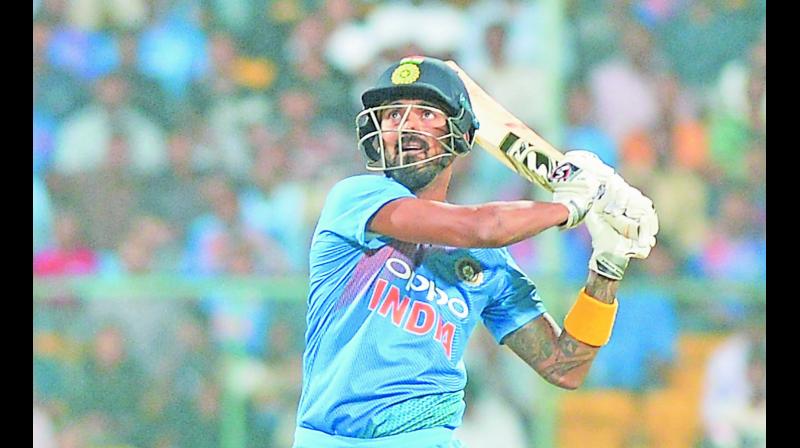 Bengaluru: K.L Rahul credited India ‘A’ coach Rahul Dravid on his comeback to the Indian Cricket team after a hiatus due to off-field issues that saw him miss the tour of New Zealand.

Rahul played for India ‘A’ against the England Lions in a five match one-day international series during the time away from the senior team and said that the time under Dravid helped him to regain focus back on the game.

“I got to play some India- A games where the pressure is less so I could focus on my skill and my technique and I spent a lot of time with Rahul Dravid, working on my game, chatting about cricket. He helped me a lot in the five games I played for India A.I think the time I have spent in the middle has helped”, the Karnataka batsman said.

Rahul scored runs in both the T20 ’s, scoring 50 in the first game and was set to make it big in the second T20 before attempting an uppercut that flew straight to third man. He acknowledged that he could have carried on from there and won the game but conceded that he would take the two knocks as success in his comeback series.

“Obviously it’s nice to be back with the boys and be back in blue, I have got some time off, I worked on my game and happy that I have tasted a little bit of success in the last couple of games and my batting is coming out pretty well, I am hitting the ball so the other side is I could have carried on both the innings and probably would have got a big score and won the game for my team. I will take the two knocks but there is a lot that I have learnt from these two knocks”, he added.

Rahul described the experience as humbling, as the events of the last two months saw him lose his place in the team. “It has humbled me a little bit and I respect the opportunity that I have got to play for the country. It’s a dream of every kid and I am no
different.”