The visitors have struggled to get starts so far this series and the pattern was evident once again as Jhulan Goswami wiped out the top order. 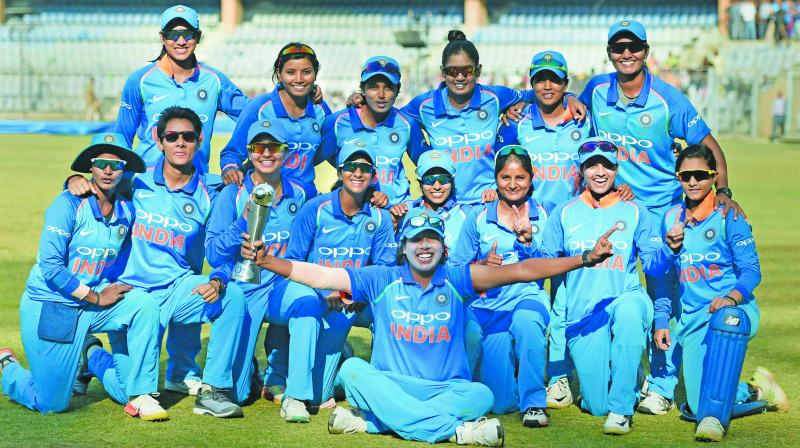 Mumbai: “It’s little bit about character now, how we respond to what’s gone and fight a little bit hard and give better performances than what we have done so far,” revealed Heather Knight on her team’s approach during the eve of the final ODI against India.

Having already surrendered the series, England lived up to the words of their skipper to grab a two-wicket consolation victory in the dead-rubber at the Wankhede Stadium in Mumbai on Thursday.

Chasing a stiff target of 206, Knight and Danielle Wyatt led the chase complimented by Katherine Brunt’s fifer in a nail-biting encounter that saw them grab two vital points in the ICC Women’s Championship.

The visitors have struggled to get starts so far this series and the pattern was evident once again as Jhulan Goswami wiped out the top order. Deepti Sharma claimed the prized scalp of danger woman Natalie Sciver before Sarah Taylor fell prey to Shikha Pandey, leaving England reeling at 49 with half a side down.

Boundaries dried up but Knight and Danielle Wyatt restored parity with a nervy 67-run stand that steered England clear of troubled waters. Wyatt, coming in for the injured Sophie Ecclestone, struck a confident half-century that kept England in the hunt as she was ably supported by Georgia Elwiss.

The World Cup champions were in the driving seat before Pandey removed the resilient Wyatt to leave the tie hanging in balance. With the required run-rate well within reach, Elwiss and Brunt chipped in with instrumental cameos to deny the Women in Blue an embarrassing clean sweep.

Early on, Brunt’s dazzling five-for held India to 205-8 as England staged an incredible turn around despite Smriti Mandhana and Punam Raut’s valiant fifties.

Brunt struck as early in the second ball of the innings after the prodigious Jemimah Rodrigues chopped on, departing for a second consecutive series duck. Mandhana with her dauntless approach, then forged an emphatic 129-run stand with Raut – laying the foundation for a consolidate total.

While the swashbuckling Mandhana kept her foot on the accelerator, Raut played second fiddle. However, Brunt came back into the attack and the change worked wonders for England.

Chasing a short delivery, Mandhana fell for the trap and holed it out to Danielle Wyatt straight down deep square leg. Brunt turned the game on its head – crashing through the gates of Punam Raut before catching the inconsistent Mona Meshram off guard with a plumb LBW dismissal.