That means a seamer such as record wicket-taker James Anderson or Stuart Broad may be dropped. 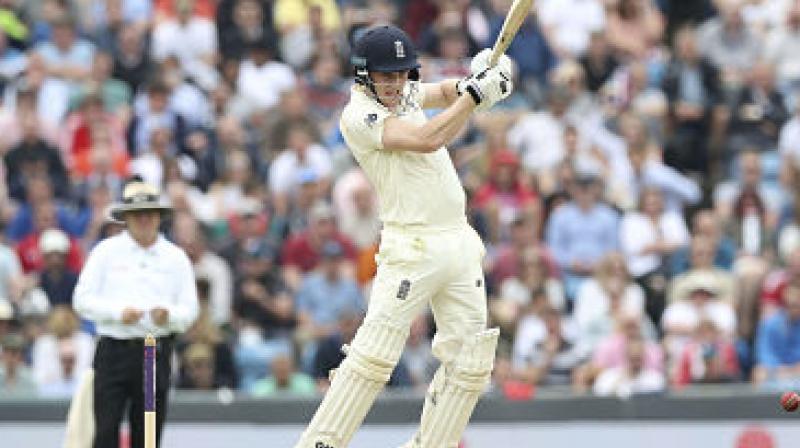 England are thinking of bringing a specialist spinner back into the line-up after going with an all-pace attack in their last two outings, coach Chris Silverwood said as they arrived in Cape Town for their second test against South Africa starting on Friday. (Photo:AP)

CAPE TOWN: England are thinking of bringing a specialist spinner back into the line-up after going with an all-pace attack in their last two outings, coach Chris Silverwood said as they arrived in Cape Town for their second test against South Africa starting on Friday.

That means a seamer such as record wicket-taker James Anderson or Stuart Broad may be dropped for a contest expected to be played on a much flatter deck than the first test in Pretoria, which South Africa won by 107 runs inside four days on Sunday.

It was a second successive test without a specialist spinner, as England went instead with seamers Anderson, Broad, Jofra Archer, Ben Stokes and Sam Curran, and part-time contributions from captain Joe Root and Joe Denly.

South Africa is traditionally a seamers’ paradise, but the home side went into the first test with spinner Keshav Maharaj, who despite not bowling many overs took two vital wickets in England’s second innings. That helped check any hopes the tourists had of reaching the imposing target set them for victory.

“We’ve got to look at playing a spinner at Newlands. We’ll look through the records, what features where and who is going to have most impact on that game. We’ll do our homework and go from there,” coach Chris Silverwood told reporters.

Dom Bess, who played twice against Pakistan in 2018 and was recently at a spin bowling camp in Sri Lanka led by Rangana Herath, is likely to be the first choice despite only being called up for the tour as cover when a virus swept through the squad.

This is because Jack Leach continues to struggle with the bug that laid low as many of 15 squad members since England’s arrival in the country on Dec. 14.

“It’s been really a tough month or so for Jack Leach, having gone down in New Zealand as well,” added Root. “It’s really sad and really hard for him.”

Leach, 28, also spent time in hospital in New Zealand last month with gastroenteritis and has had Crohn’s disease since he was a teenager.

“We’re trying to manage that as best we can. We’ve got some very able back-up in Dom Bess and we’ve got Matt Parkinson as well as another option. We’ll look at the surface and make our decision,” the skipper added.