Playing at neutral venues proved to be a blessing in disguise with a young fast bowling attack emerging out of spinners’ shadows. 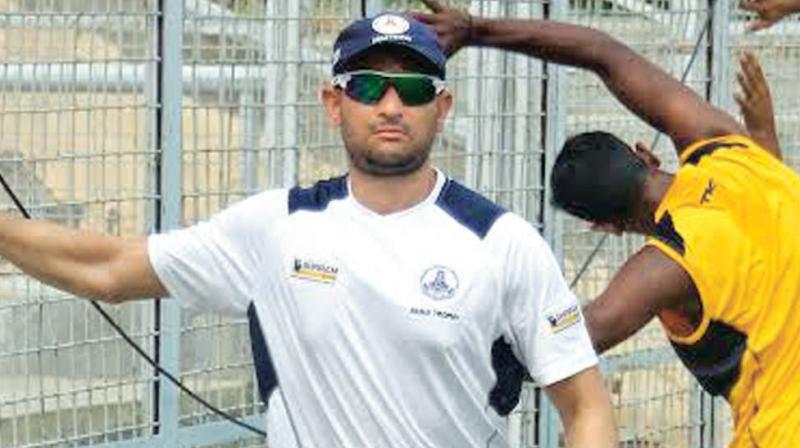 Rajkot: Soft-spoken and polite, Hrishikesh Kanitkar is quite adept at sending across strong messages in the dressing room without ruffling feathers.

Widely acknowledged to have used his strong man-management skills to transform a bunch of mostly inexperienced Rajasthan cricketers into back-to-back Ranji champions, Kanitkar was specifically roped in for this enviable trait to help the underachieving Tamil Nadu team.

“He doesn’t speak much, but when he does, his words will prick you,” said Vijay Shankar, the vice-captain who was leading the team against Karnataka in the quarterfinals when Abhinav Mukund was down with a bout of fever.

Along with a TN stalwart in L. Balaji, who took over as the full-time bowling coach, Kanitkar has made a sea change in Tamil Nadu dressing room. “I had to pull these guys a little bit out of their comfort zone. Not much in matches, but definitely in practice. I changed their training regime a bit to challenge them more in the nets. They were receptive as I also explained to them why I was changing certain things,” said Kanitkar.

Be it the way he handled Dinesh Karthik, the senior most batsman, after his suicidal dismissal — by playing a scoop — in the second innings of the season opener against Mumbai at Lahli, or the decision to drop vice-captain B. Aparajith for a couple of games owing to his poor form, Kanitkar handled critical situations without pressing the panic button. And the free-hand that the Tamil Nadu Cricket Association has lent the coach in selection matters made his job comfortable.

Rather than delving on the mistake, the coach told Karthik what was expected of a senior player when the team were at a precarious position. And since then, Karthik hasn’t put a foot wrong. He has scored 664 runs in 12 innings with an average of 60.36. “Different people need to be told differently. You don’t need to tell much to a player of Karthik’s calibre. It’s all about being specific. With international experience, he knows what works for him and I still back his abilities,” said Kanitkar, the third highest run-getter in the Ranji history.

Another example of an impressive turnaround is one-drop batsman Kaushik Gandhi, who has emerged as the surprise package of the season. After his initial failures, Gandhi knew that the game against Madhya Pradesh at Cuttack would be his last opportunity, and he produced a superb hundred under pressure when both the openers were dismissed for ducks. He scored two more centuries including a double to become the highest scorer for TN with 726 runs.

Whenever someone gets dropped from the XI, Kanitkar personally conveys it to the player concerned and also explains to him the reason. The coach strongly believes that the player is entitled to know why he is sitting on the bench. “The biggest challenge in a team is to motivate the players on the bench,” he said.

Playing at neutral venues proved to be a blessing in disguise with a young fast bowling attack emerging out of spinners’ shadows. The pace trio of Aswin Crist, K. Vignesh and T. Natarajan has picked up 94 wickets between them and on green-tops they were deadly. “A lot of credit goes to Balaji who handles the bowlers and helps them prepare mentally. Boys are learning and the good thing is that they are not getting carried away with the success,” he added.