2016 has restored primacy of Test cricket

The important thing to note is that this has not come at the cost of skills and mindset necessary to succeed in Test cricket. 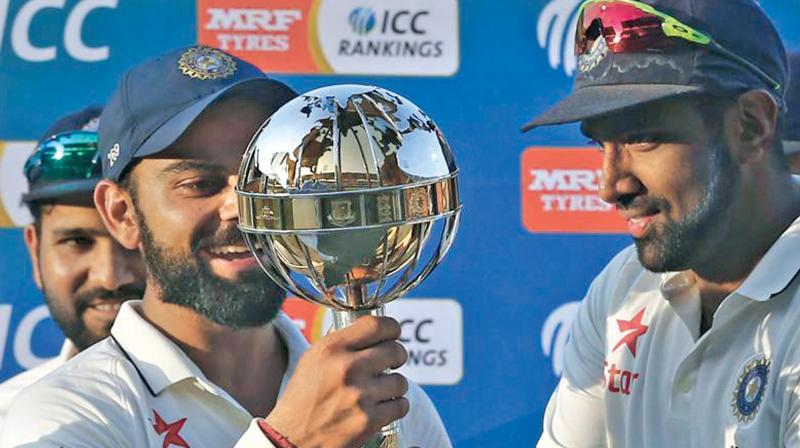 The year gone by has been among the best in the history of Test cricket. Of 47 matches played in 2016, only seven were drawn, making for almost 87 per cent ending in results.

This is an incredible statistic that summarily debunks the notion about the longest format being boring. Why then so much fret and worry still about the survival of Test cricket?

One of the big concerns was what influence T20 would have on the five-day game. Purists believed this would be deleterious; that it would ruin both technique and temperament of players.

So far, this has proved to be unfounded. It’s been almost a decade since T20 came into existence, and if anything, it has contributed greater excitement and verve to the longer formats too.

Obviously a more positive approach by captains has been a major factor in this, but no less has been the adventurousness of modern players, who have adapted to the risk-taking and pace dictated by T20 cricket.

As figures mentioned at the start of this piece highlight, more Tests are being decided now than ever before. The days of dull and dreary draws seem to be a thing of the past. Thankfully.

This is not to say drawn matches are irrelevant or can’t be entertaining. A dour knock which saves can be more meaningful and sometimes a bigger show of a player’s character than a reckless one that costs a Test.

But in the 1950s and 60s, there was a preponderance of drawn matches, stemming from a defensive approach of captains and cricket boards, where the emphasis was on ensuring against defeat rather than playing to win.

This mitigated the essence of sport and was a big turn off for cricket fans, who started deserting the sport, creating a crisis. In the 1960s, one-day cricket was introduced as panacea to the situation.

In the first decade of this millennium T20 came along because the sheen of ODIs was beginning to wear off. It’s resounding success – especially the much-maligned Indian Premier League -- in many ways revolutionised cricket’s future.

The important thing to note is that this has not come at the cost of skills and mindset necessary to succeed in Test cricket. Indeed, limited overs cricket — both ODIs and T20 —have added to the repertoire of players, apart from infusing more energy and vibrancy.

They have been able to adapt not merely because they are hugely talented, but because they also see this as necessary to survive in the sport. There is intelligence, application, reskilling and rebooting (for different formats) at play here.

True, there has been the emergence of T20 specialists (Eoin Morgan, Aaron Finch for instance), but this is not because they don’t want to play Tests: rather, they’ve been unable to make necessary adjustments, or are just not good enough.

Players who chose T20 over Tests route are still very, very few. Some like Kevin Pietersen, Chris Gayle, Dwayne Bravo were forced by circumstances, Dhoni because he lost his zest for the 5-day game.

The vast majority of cricketers still see Test cricket as the most important and the best platform to showcase their skills. This is the big advantage which needs to be properly exploited to keep the five-day format alive.

The real issue is not so much the ill-effects that T20 may have (data disproves this) but how Test cricket is marketed to a generation that has the appetite and money for the longest format, but is desperately short on time.

The box-office success of Tests in India this season against New Zealand and England showed that this is possible. Going ahead, how to actualize this in every cricket playing country is the real challenge facing the game’s administrators.