Push and pull: How the Milky Way flies

Astronomers said they had discovered a void in deep space that helps explain the direction in which we are headed, and our speed. 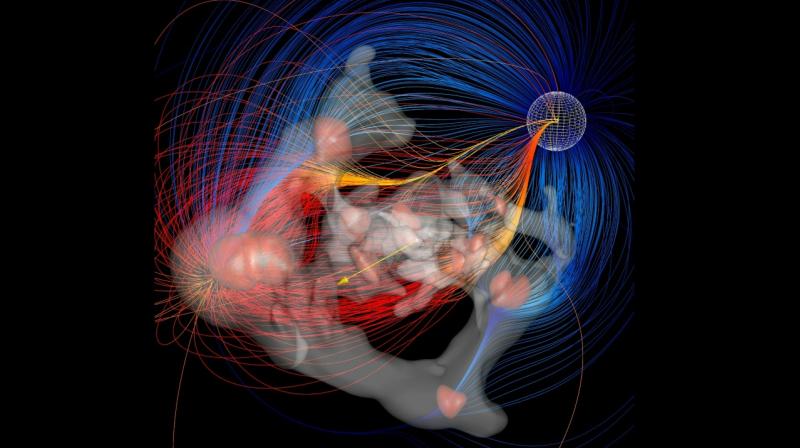 It may not feel like it, but our Milky Way galaxy is barrelling through the Universe at more than two million kilometres (1.24 million miles) per hour.

On Monday, astronomers said they had discovered a void in deep space that helps explain the direction in which we are headed, and our speed.

It turns out our galaxy is not only being pulled by galactic forces, but pushed as well, they wrote in the journal Nature Astronomy.

The earth may feel steady under our feet, but humanity's small corner of the Universe is subject to an array of forces.

The Sun, in turn, travels at 850,000 km/h as it orbits the centre of our galaxy, zipping through the expanding Universe.

For a long time scientists have assumed a dense region of the Universe was drawing the Milky Way toward it through gravitational pull.

In the 1980s, suspicion fell on an area called the Great Attractor -- a cluster of half-a-dozen galaxy clusters some 150 million light years from the Milky Way.

"But the direction (of the attraction) was not quite right," study co-author Daniel Pomarede of France's Alternative Energies and Atomic Energy Commission (CEA) told AFP.

So astronomers turned their attention some 600 million lightyears beyond the Great Attractor to an area of more than two dozen galaxy clusters called the Shapley Concentration.

This still did not sufficiently explain the Milky Way's speed or direction.

On Monday, Pomarede and a team said they had found the missing link: our galaxy is not only being pulled, but pushed as well.

By constructing a 3D map of the flow of galaxies through space, they discovered a previously unknown, large region mostly devoid of galaxies which they believe is repelling the Milky Way and its neighbouring galaxy Andromeda.

They have called it the Dipole Repeller.

"In addition to being pulled towards the known Shapley Concentration, we are also being pushed away from the newly discovered Dipole Repeller," said co-author Yehuda Hoffman of the Hebrew University of Jerusalem.

"It has become apparent that push and pull are of comparable importance at our location."