About five per cent of dark matter in the universe has been lost since the Big Bang. 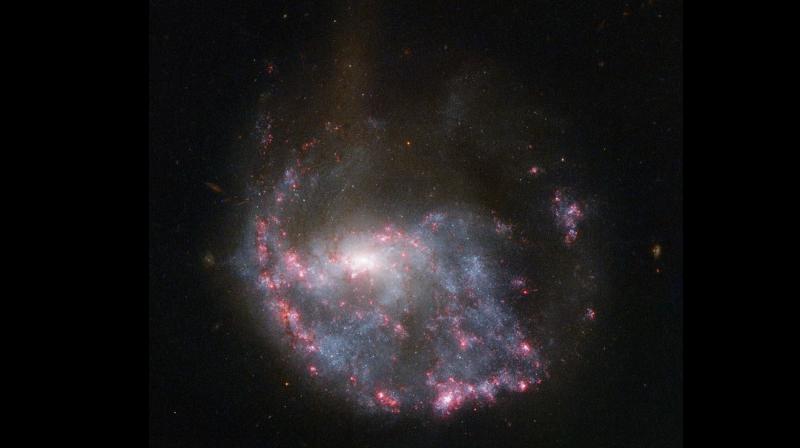 ESA data suggest that 26.8 per cent proportion of universe is dark matter, while the rest is ordinary matter and dark energy. (Representational image)

Scientists have for the first time found that about five per cent of the elusive dark matter in the universe has been lost since the Big Bang.

Bang can be explained by the fact that the proportion of dark matter has decreased," said Igor Tkachev, from the Institute for Nuclear Research (INR) of the Russian Academy of Sciences.

"We have now, for the first time, been able to calculate how much dark matter could have been lost and what the corresponding size of the unstable component would be," said Tkachev.

Astronomers first suspected that there was a large proportion of "hidden mass" in the universe back in the 1930s, when they discovered "peculiarities" in a cluster of galaxies which moved as if they were under the effect of gravity from an unseen source.

According to data from the European Space Agency (ESA)'s Planck space telescope, the proportion of dark matter in the universe is 26.8 per cent, the rest is "ordinary" matter (4.9 per cent) and dark energy (68.3 per cent).

The properties of dark matter could potentially help scientists solve the problem that arose after studying observations from the Planck telescope.

This device accurately measured the fluctuations in the temperature of the cosmic microwave background radiation – the "echo" of the Big Bang.

By measuring these fluctuations, researchers were able to calculate key cosmological parameters using observations of the universe in the recombination era - about 300,000 years after the Big Bang.

Parameters which describe the rate of expansion of the universe and those associated with the number of galaxies in clusters vary significantly with data obtained from observations of the modern universe, said Tkachev.

The discrepancy can be explained by the decaying dark matter (DDM) hypothesis, which states that in the early universe there was more dark matter, but then part of it decayed.

Researchers analysed Planck data and compared them with the DDM model and the standard Lambda-Cold Dark Matter model with stable dark matter. The comparison showed that the DDM model is more consistent with the observational data.

However, the researchers found that the effect of gravitational lensing greatly limits the proportion of decaying dark matter in the DDM model.

Using data from observations of various cosmological effects, the researchers were able to give an estimate of the relative concentration of the decaying components of dark matter in the region of two per cent to five per cent.

"This means that in today's universe there is 5 per cent less dark matter than in the recombination era," said Tkachev.