800,000 more fibres were released in a delicate wash than a standard cycle. 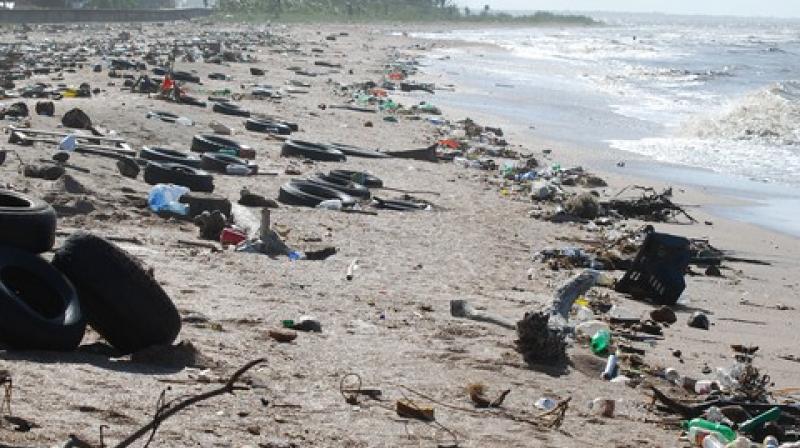 Working with Procter & Gamble in Newcastle, the team measured the release of plastic microfibres from polyester clothing for a range of cycles and water volumes.

Researchers have found that even delicate wash cycles in washing machines account for release of microfibre plastics from clothes that ultimately reach the oceans.

Millions of plastic microfibres are shed every time we wash clothes that contain materials such as nylon, polyester, and acrylic.

Because these fibres are so small, they drain out of our washing machines and can ultimately enter the marine environment.

Once in the ocean, they are ingested by the animals living there and two years ago Newcastle University scientists showed for the first time these fibres have now reached the deepest parts of our ocean.

Working with Procter & Gamble in Newcastle, the team measured the release of plastic microfibres from polyester clothing for a range of cycles and water volumes.

In fact, they found that on average, 800,000 more fibres were released in a delicate wash than a standard cycle.

Publishing their findings in the academic journal -- Environmental Science and Technology -- PhD student Max Kelly, who led the research, explained that "Counterintuitively, we discovered that 'delicate' cycles release more plastic microfibres into the water, and then the environment, than standard cycles.

Previous research has suggested the speed the drum spins at, the number of times it changes spinning direction during a cycle and the length of pauses in the cycle -- all known as the machine agitation -- is the most important factor in the amount of microfibre released.

But we have shown here that even at reduced levels of agitation, microfibre release is still greatest with higher water-volume-to-fabric ratios.

This is because the high volume of water used in a delicate cycle which is supposed to protect sensitive clothing from damage actually 'plucks' away more fibres from the material.

A DigiEye camera -- digital colour imaging system -- was then used to accurately calculate the number of microfibres released.

To test whether the observations made using the tergotometers were reflective of full-size domestic washing machines, the team then tested the fabrics on a delicate wash cycle using identical washing machines in the test centre at Procter and Gamble (P&G).

The team showed that previous recommendations by groups to move towards high water volumes and low levels of agitation as a way of reducing the amount of microfibre released was actually making the problem worse.