This dual motion within the surrounding fluid adds to our understanding of what contributes to healthy cellular function. 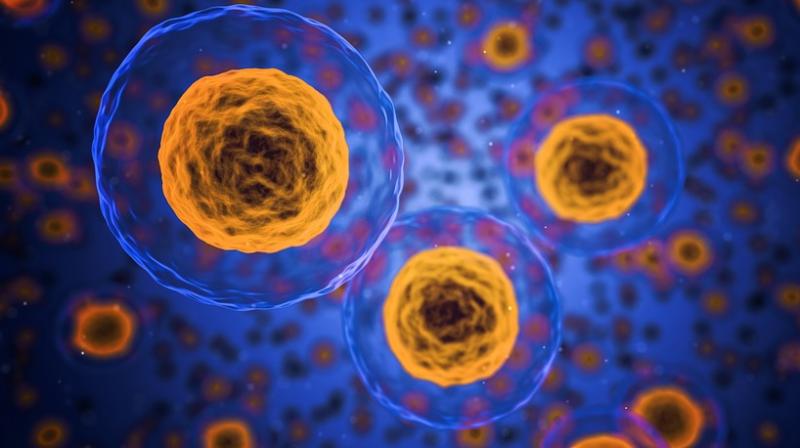 Recent discoveries have shown that some cellular compartments don't have membranes, which were previously seen as necessary to hold a cell together. (Photo: Representational/Pixabay)

A team of scientists has found the health of cells is maintained in part by two types of movement of their nucleoli. This dual motion within the surrounding fluid adds to our understanding of what contributes to healthy cellular function and points to how its disruption could affect human health.

Alexandra Zidovska, an assistant professor in New York University's Department of Physics and the senior author of the study, explains "Nucleolar malfunction can lead to disease, including cancer," which appears in the journal eLife.

Zidovska added, "Thus, understanding the processes responsible for the maintenance of nucleolar shape and motion might help in the creation of new diagnostics and therapies for certain human afflictions."

Recent discoveries have shown that some cellular compartments don't have membranes, which were previously seen as necessary to hold a cell together. Researchers have since sought to understand the forces that maintain the integrity of these building blocks of life that are absent in these membranes.

What has been observed is the nature of this behavior. Specifically, these compartments act as liquid droplets made of a material that does not mix with the fluid around them- similar to oil and water. This process, known as liquid-liquid phase separation, has now been established as one of the key cellular organizing principles.

In their study, the researchers focused on the best-known example of such cellular liquid droplet: the nucleolus, which resides inside the cell nucleus and is vital to cell's protein synthesis.

"While the liquid-like nature of the nucleolus has been studied before, its relationship with the surrounding liquid is not known," explains Zidovska.

She co-authored the study with Christina Caragine, an NYU doctoral student, and Shannon Haley, a doctoral student at the University of California at Berkeley. "This relationship is particularly intriguing considering the surrounding liquid - the nucleoplasm, contains the entire human genome."

Yet, unclear is how the two fluids interact with each other.

To better understand this dynamic, the scientists examined the motion and fusion of human nucleoli in live human cells, while monitoring their shape, size, and smoothness of their surface. The method for studying the fusion of the nucleolar droplets was created by the team in 2018 and reported in the journal Physical Review Letters.

Their latest study showed two types of nucleolar pair movements or "dances": an unexpected correlated motion prior to their fusion and separate independent motion. Moreover, they found that the smoothness of the nucleolar interface is susceptible to both changes in gene expression and the packing state of the genome, which surrounds the nucleoli.

"Because nucleoli are surrounded by fluid that contains our genome, their movement stirs genes around them. Consequently, because the genome in the surrounding fluid and nucleoli exist in a sensitive balance, a change in one can influence the other. Disrupting this state can potentially lead to disease."