16 Psyche is a giant metal asteroid that comprises of iron and nickel and was first discovered on March 17, 1852. 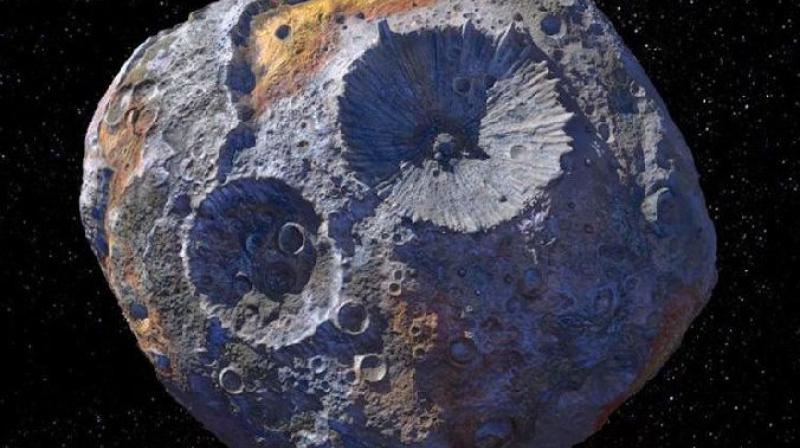 The asteroid is named after the nymph Psyche who was married to Cupid. (Photo: NASA)

A Canadian miner believes that the next windfall of minable materials is in space and he posits that mining titans will have to move away from Earth if they desire to be relevant in their profession. These words were stated by Scott Moore, CEO of Toronto-based EuroSun mining and he claims that space race will take place away from Earth. Speaking to OilPrice.com, “The 'Titans of Gold' now control hundreds of the best-producing properties around the world, but the 4-5 million ounces of gold they bring to the market every year pales in comparison to the conquests available in space.”

16 Psyche, an asteroid that comprises primarily of metal elements such as Iron and Nickel that are similar to Earth’s core was first discovered on March 17, 1852. If this asteroid is to be mined, it will turn everyone on Earth into a billionaire. And what may be interesting news to most is that NASA is planning to explore this asteroid in 2022.

So how will this actually benefits Earth? Firstly, the asteroid is valued at a whopping GBP 8,000 quadrillion. Secondly, if this asteroid is somehow managed to be brought back to earth it will collapse the economy that’s worth roughly GBP 59.9 trillion and completely destroy our commodity prices.

Psyche Principal Investigator, Lindy Elkins-Tanton states, “Even if we could grab a big metal piece and drag it back here… what would you do? Could you kind of sit on it and hide it and control the global resource - kind of like diamonds are controlled corporately - and protect your market? What if you decided you were going to bring it back and you were just going to solve the metal resource problems of humankind for all time? This is wild speculation obviously.”

The asteroid is located somewhere in between Mars and Jupiter.

NASA states that the 16 Psyche mission presents an opportunity to explore a new type of world. The mission statement states, “For the first time, examine a world made not of rock and ice, but metal.”

If this mission is to take place in 2022; arrival at the asteroid would be completed four years later in 2026.

NASA states, “Over 21 months in orbit, the spacecraft will map and study 16 Psyche’s properties using a multispectral imager, a gamma ray and neutron spectrometer, a magnetometer, and a radio instrument (for gravity measurement).”

Speaking on the information they hope to acquire, NASA states, “What makes the asteroid Psyche unique is that it appears to be the exposed nickel-iron core of an early planet, one of the building blocks of our solar system.”

Scientists believe that this asteroid is the exposed core of the planet and they claim, “Because we cannot see or measure Earth's core directly, Psyche offers a unique window into the violent history of collisions and accretion that created terrestrial planets.”

Additionally, it will provide insight into how the Earth was created at the beginning of history. NASA states that this mission to 16 Psyche will allow us to have a much higher knowledge of “the building blocks of planet formation by exploring firsthand a wholly new and uncharted type of world.”