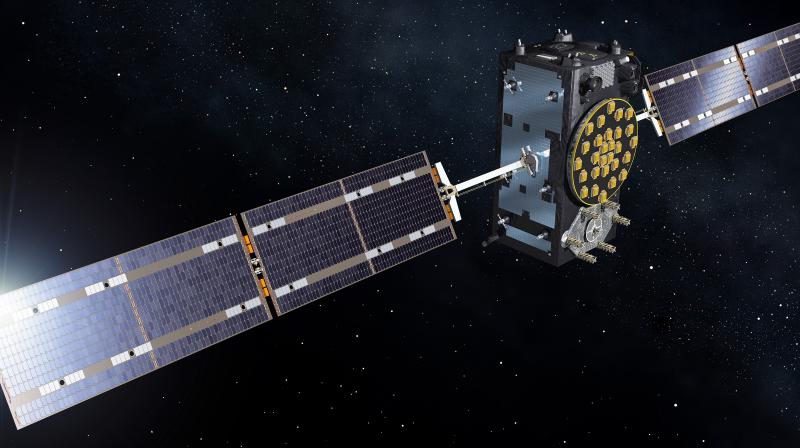 The European Commission has started to exclude Britain and its companies from sensitive future work on Galileo ahead of the country’s exit from the EU in seven months time. (Photo: ESA)

Britain is to start work on its own satellite navigation system to rival the European Union’s Galileo project because the UK’s access to sensitive security information could be restricted after Brexit, the Sunday Telegraph reported.

Galileo, a 10 billion euro ($11.44 billion) satellite program being developed by the EU as a rival to the US Global Positioning System, has emerged as a flashpoint between Britain and the EU, which is already beginning to treat Britain as an outsider.

Britain’s finance minister Philip Hammond has approved 100 million pounds to explore a post-Brexit satellite system and an official announcement will be made this week, the Sunday Telegraph reported.

A spokeswoman for Britain’s Department for Business, Energy and Industrial Strategy declined to comment.

The European Commission has started to exclude Britain and its companies from sensitive future work on Galileo ahead of the country’s exit from the EU in seven months time.

Galileo was commissioned in 2003 and is due for completion by 2020. One expert has predicted that it could cost Britain about 3 billion pounds to build a rival system.

The EU has said Britain will be able to continue to use Galileo’s open signal, but that Britain’s military could be denied access to the encrypted version when the satellite becomes operational.

Britain has said it plans to press ahead with the development of its own satellite navigation system if the EU continues to insist that it will be barred from the secure elements of the project and will demand a repayment of up to 1 billion pounds for the work it has carried out on the project.