Next month, people across the planet will witness a rare astronomical event called the “Blood Moon.” 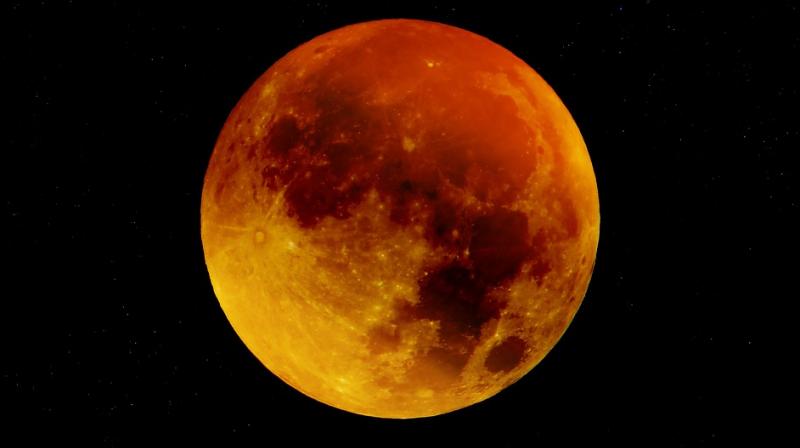 Watch out for the blood moon on July 27. (Photo: Pixabay)

In July, the world will witness an absolutely rare astronomical phenomenon as a blood moon will be seen on the intermediary night of July 27 and 28. It has been said that this will be the longest lunar eclipse in a century lasting one hour and 43 minutes.

With the eclipse lasting this long, it will be around 40 minutes longer than the one that took place on January 31 which was known as the ‘Super Blue Blood Moon.’ At the time, the sighting of the super blue blood moon and a total lunar eclipse was the first time such an occurrence took place in India since 1982. This event was a combination of a supermoon, blue moon and a blood moon.

For those that may not be in the know, a blood moon is a very rare astronomical phenomenon that takes place because of a lunar eclipse, which happens when the earth comes in line between the sun and the moon. As sunlight passes through the atmosphere of Earth, the gaseous layer refracts the rays in a way that the green to violet wavelengths on the observable spectrum disperse more strongly than the red, thereby giving the Moon a reddish hue.

This lunar eclipse will be visible to people located in the eastern hemisphere, so Europe, Asia, Africa and Australia will get to witness the blood moon. Those living in Europe and Africa will be able to see the eclipse during the evening while people in Asia and Australia can see it in the early hours of the morning.