Scientists to use human urine for making plastic parts in space 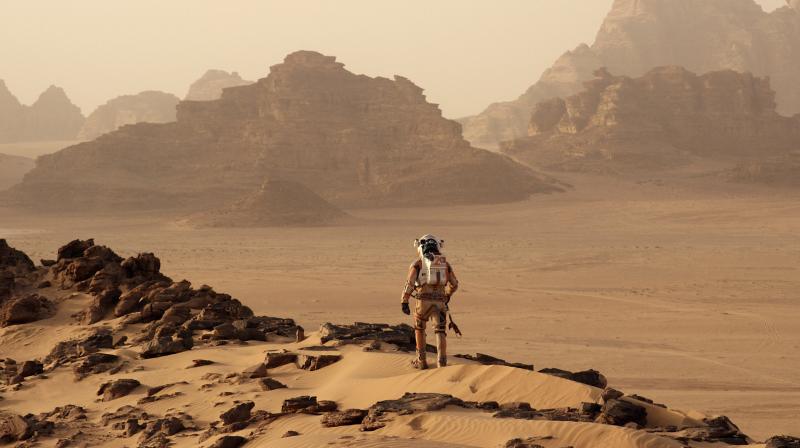 "If astronauts are going to make journeys that span several years, we'll need to find a way to reuse and recycle everything they bring with them," says Mark Blenner, lead researcher. (Representational Image: Clip from 'The Martian (2015)'.'

The world’s premier space organisation — NASA, is gearing up for sending the human on the Martian soil within the next few years. This will be the farthest manned space journey that the humankind will make in the recent future. This also means that humans have to find a way to keep the astronauts alive in space for a considerable period of time without increasing the weight of the spacecraft. Therefore, there will be limited cargo on the Martian spacecraft, which could amount to inconvenience during exploration on the red planet. It seems that humans have found out the solution to this issue from something that human disgust and astronauts marvel — human urine.

NASA’s research team led by Mark Blenner has developed a kind of yeast that will utilise valuable biological components present in human urine — Nitrogen, along with Carbon from an astronaut’s breathing process to create plastic, which can be used to create valuable tools using 3D printing process. The yeast, known as Yarrowia lipolytica, feeds on Nitrogen and Carbon and can be engineered to either create polyester polymers for printing plastic parts or omega-3 fatty acids, which can be utilised for nutritional purposes.

"If astronauts are going to make journeys that span several years, we'll need to find a way to reuse and recycle everything they bring with them," says Mark Blenner, lead researcher on the new project. "Atom economy will become really important. Having a biological system that astronauts can awaken from a dormant state to start producing what they need, when they need it, is the motivation for our project," he added.

The yeast is currently in its development stages and cannot produce enough to sustain astronauts. However, the team claims that they are working on it improve the output. If this technology works out, then can the earthlings could adapt these and lower the pressure on the planet’s natural resources? Only time can tell.

(with inputs from NEWATLAS) (source)