The president has signed a space policy directive asking the government to make it easier for private companies to get to and from space. 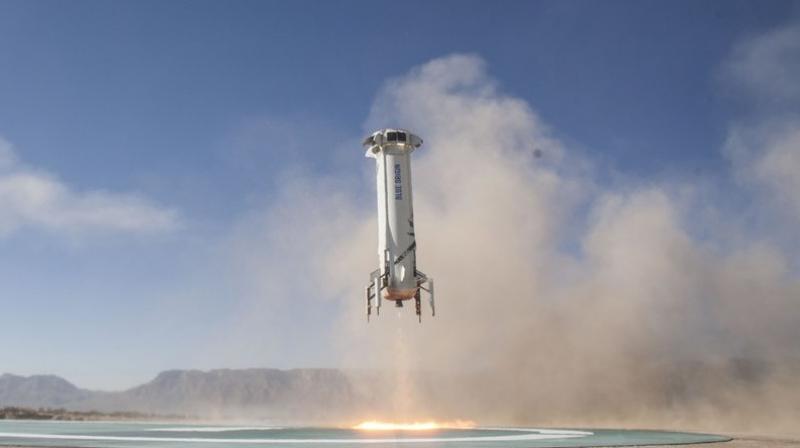 In this file photo provided by Blue Origin, the New Shepard booster lands in west Texas during a test. (Blue Origin via AP)

President Donald Trump is asking the government to make it easier for private companies to get to and from space.

Trump signed the space policy directive Thursday. He was joined at the White House by Vice President Mike Pence, who heads the National Space Council.

During a meeting at Florida’s Kennedy Space Center in February, Pence and other council members recommended the government ease restrictions on private U.S. companies like SpaceX and Blue Origin. The reforms are meant to get businesses moving faster and farther into space.

White House officials say little change is expected until next year after the new regulations are written and reviewed.

“There are many innovative companies across this nation working hard to build a bright future in space, and our policies should help ensure their success on all fronts,” NASA Administrator Jim Bridenstine said in a statement.